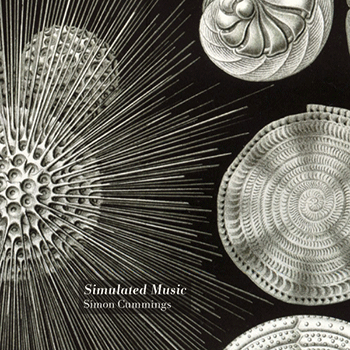 i’ve released today a new EP of electronic music, titled Simulated Music – postscript. As that name suggests, the EP contains material related to my album Simulated Music, released a few months ago. Here’s an excerpt from the blurb:

Simulated Music, released in June 2011, was a cycle of music created at speed. As i wrote at the time, “critical decisions … were made with a minimum of deliberation. Once they were decided, i worked quickly, not concerning myself much with minutiæ, thinking instead about the broader, gestural shape of the music as a whole”. Nonetheless, the process that led to each ‘Simulation’, while relatively brief, contained a considerable amount of experimentation, as it was worked into its final form. On several occasions, i produced more than one version of a piece, uncertain of which i preferred; only when finally assembling Simulated Music did it become clear which versions of the pieces should be used. This EP contains nearly all of the alternate versions.

As with my earlier EPs, Simulated Music – postscript is only available as a free digital download, via my Bandcamp site.