Gigs, gigs, gigs: Night Liminal; Who knows if the moon’s 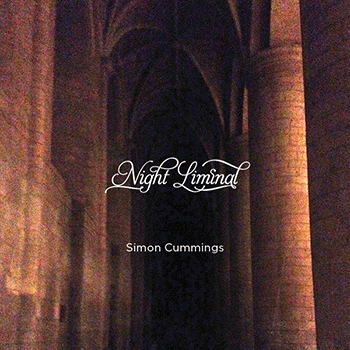 A couple of performances of my work are coming up soon. Most imminently is the #EarBox series of art and music performances organised by the University of Kent. Their next event features my 2012 ambient work Night Liminal in conjunction with a new exhibition titled Extending the Frame. It’s taking place at 1.10pm on Thursday 24 May at Studio 3 Gallery, in the University’s Jarman Building, and admission is free. Further details can be found on the University’s music department blog, and you can read all about Night Liminal here.

To mark the occasion i’ve created a 50% discount code for the digital download of Night Liminal, valid until the end of this month. Head over to the Bandcamp page and when adding to the cart enter the code earbox to get the discount.

And next month soprano Jessica Summers will be giving the world première of my song for solo voice Who knows if the moon’s. Despite lasting a mere two minutes, this little song – a setting of E. E. Cummings’ well-known poem – is a piece i once thought i’d never complete. It dates back to my undergraduate days; i broke off working on it in May 1995 following the abrupt death of my father, and could never bring myself to return to it. It then sat around for nearly two decades until i rediscovered the sketches and finally managed to complete it during my PhD at the Royal Birmingham Conservatoire. Partly because of how personal it’s become, i’ve not shown the piece to many people, but i’m delighted that Jessica will finally be performing it; it really is high time i let go of this music.

Accompanied by pianist Jelena Makarova, the concert is one of Jessica’s Living Songs recitals, and takes place at 1.15pm on 12 June at St Mary-at-Hill Church in London. The concert also includes music by Debussy and Stuart MacRae. More details can be found at the church’s website, and the Living Songs project can be followed on Twitter at @LivingSongs21.

Partly because of how personal it’s become, i’ve not shown the piece to many people, but i’m delighted that Jessica will finally be performing it; it really is high time i let go of this music.

Given the poignant reasons for this piece’s long gestation, Simon, I really hope the experience will be a cathartic one.