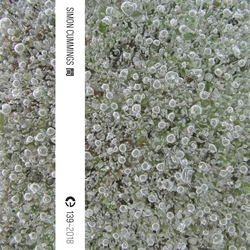 In a few days’ time, my most recent cycle of electronic music will be released by the adventurous Portuguese label, Crónica. The title of the cycle is the Japanese word 間 (ma), which is difficult easily to translate into English. The concept it embodies is a spatial one, specifically the gap between two discrete structural parts or elements, with associated connotations of an interval or pause. In his book Silence in Philosophy, Literature, and Art, Steven Bindeman has described 間 as “the simultaneous awareness of form and non-form … Ma is not created by compositional elements, but takes place in the imagination of someone who experiences these elements. Therefore it can best be defined as the experiential place that is held by an interval.” As such, 間 is often regarded as an embodiment of ‘negative space’, where the apparent absence of substance or form or sound is rendered concrete and tangible.

Those of you who have followed my work over the years may occasionally have heard or seen reference to something i was working on with a provisional title ‘TACET.’, which was originally intended to be an enormous project containing many hours of music. However, as this music was born out of and confronts a very difficult and painful period of my life, i eventually realised that it wasn’t particularly healthy to persist with the project beyond a certain point. My response to this period took shape through meditation on the concept of 間, in which silence is not a simple absence or emptiness but rather becomes a focal point, with a shape, character, and energy that all contribute to a larger whole.

The composition process began with recordings that i made during a traditional Anglican service of Evensong. Everything was then removed from the recordings with the exception of the brief silences that fall between the various sections of the service, fragments of sound capturing echoes, resonances, and glimpses of ambience. These fragments were then used as the sound palette for a series of improvisations that formed the basis for each of the pieces in the cycle. They were subjected to extensive processing and sculpting, and are only occasionally heard in their raw state.

The concept of 間 implies a certain degree of tranquillity and calm, but the emphasis in this music is focused on connotations of negativity. Put simply, this is (from my perspective, at least) angry music, veering between nervous, fretful twitching and unbridled, distorted ferocity. Rage and obsession are recurring traits throughout, manifesting in harsh, acidic, repetitive clatter and throbbing pulses, and even in the more quiet passages – of which there are very many – the music is designed to emphasise tension, unrest and a pervading sense of ominous dread. Listening through headphones or in an extremely quiet space is especially recommended due to the quiet and subtle material that features in some of the pieces.

In its final form, 間 comprises eight works, lasting around an hour, many of which take their titles from poems by E. E. Cummings:

There is, i hope, some semblance of catharsis running through the cycle, and despite my above description of the nature of the music, there’s also a great deal of beauty – and, at the last, peace – to be found along the way.

Crónica are releasing 間 as a limited edition cassette (containing a miniature bonus track hidden at the very end of side B, which encapsulates the essence of the entire cycle) as well as a digital download. Further details and information can be found on the Crónica website as well as their Bandcamp page. i also have a small supply of the cassettes, so if you’d prefer to buy them directly from me (£7 plus postage), then just send me a message either from here or here.

Given that you’re someone with recent experience of having abandoned a project dwelling on personal trauma (albeit as a composer rather than a listener), to wit…

Those of you who have followed my work over the years may occasionally have heard or seen reference to something i was working on with a provisional title ‘TACET.’, which was originally intended to be an enormous project containing many hours of music. However, as this music was born out of and confronts a very difficult and painful period of my life, i eventually realised that it wasn’t particularly healthy to persist with the project beyond a certain point.

…I’d appreciate your insights on the point at which the deleterious (pun semi-intentional, given the context) effects of a musical undertaking on one’s wellbeing begin to outweigh its benefits to the extent where its abandonment becomes the only viable course of action regardless of the “worthiness” of its commencement.

Thanks for asking about this, it’s an interesting question. In my experience the ability of composition to be cathartic – as opposed to being, say, merely observational or anecdotal – depends to a large extent on being exercised at the actual time of crisis. In the case of what i previously called TACET. – now completed as 間 – the pieces in the cycle were composed in precisely this way, when things were still very painful: begun in the autumn of 2008 (with Negative Silence (detail)) and completed in January 2012 (with from Silence; of Nothing). By this time, a mixture of catharsis from the composition process along with life just moving on meant that the creative imperative to articulate this stuff had passed, and so to create anything further would involve a kind of ‘reopening the wound’, so to speak, which was the last thing i wanted to do. Hence the ambitious plans i’d had for this project were abandoned, and the pieces i’d completed sat around in limbo until earlier last year when i let a few people hear them, leading to the Crónica release. While abandoning the project was a difficult decision, in the circumstances it seemed like the only sensible and healthy course of action, and to be honest was a relief.

(If you’re interested in what never saw light of day, the original, very carefully worked-out plan for TACET. was a cycle that would comprise seven large parts:

All of the above were in progress to different degrees: for example, the first three minutes of Ex Tenebris are completed, and the first five minutes of Negative Silence (the latter of which still terrify me; it’s (deliberately) like sitting next to a gigantic, glowering killer hornet), whereas ROOD and Ma – both of which, i have to say, i was very much looking forward to composing – were merely sketched out in readiness to start work. Whether i’ll end up recycling any of these materials or just delete them all remains to be seen/heard.)