A quick announcement to say that this weekend i’ll be at the Sound-Image Colloquium, taking place at the University of Greenwich. An event exploring audiovisual practices and the relationships that exist between sound and image, on Sunday morning – at 11am, presumably following a minute’s silence – i’ll be presenting some of my own work in this area. My talk is titled Son e(s)t lumière: expanding notions of transcription and tangibility through creative sonification of visual stimuli, and in it i’ll be examining the ways sonification has been used in music, with a focus on my ongoing series of Studies.

In addition to the talks, the colloquium also includes screenings and a concert each evening, one of which is devoted to works by Denis Smalley, who is this year’s special guest. Full details can be found on the university’s website. 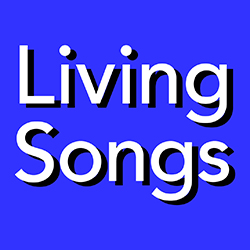 Also, a heads-up that soprano Jessica Summers will soon be giving another performance of my miniature song Who knows if the moon’s in her next Living Songs concert.

The concert also features songs by Nadia Boulanger, Stravinsky, Copland and Richard Whalley alongside the première of a new work by Jessica Rudman, and it takes place at St Peter Mancroft in Norwich at 1pm on 17 November. Full details here.

Sound and Image: Aesthetics and Practices | 5:4

[…] which includes a chapter by me. Sound and Image: Aesthetics and Practices had its inception at the Sound/Image conference at the University of Greenwich in late 2018. Edited by Andrew Knight-Hill, the book has chapters by […]