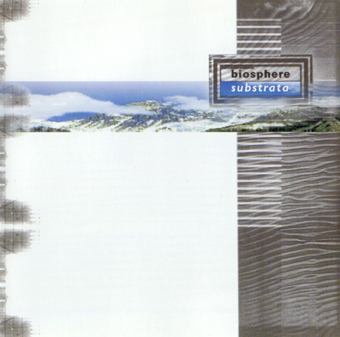 Music emanating from the Scandanavian countries is always interesting, and often unusual. Once upon a yesteryear, it was all Abba (70s), A-ha (80s) and Aqua (90s), but they’re probably as glad as we are that that’s ancient history, and the sounds of 21st century Scandinavia are altogether more absorbing. The best of these sounds is as remote as their geography, a remoteness often palpably audible in the music. Perhaps the finest example is Biosphere, a Norwegian who is held by many (including me) to be an important figure in that most mine-ridden of fields, ambient music. While the comparisons to Eno are irritating, they do at least point to the significance that Biosphere’s music possesses. His early work is very interesting, revealing a cold (temperature, not emotion), distant quality, evocative of the north arctic clime where he resides. In fact, his work – which frequently incorporates field recordings (particularly the wind) of the sounds from that area – is often referred to as “polar ambient”. This was the main feature of one of his collaborations with the UK’s Higher Intelligence Agency, entitled Polar Sequences (the other collaboration, Birmingham Frequencies is the opposite, exploring more urban sounds). The turning point, though, is his album from the following year, Substrata – and it was, literally, a turning point, beats rejected completely, allowing the slowly-evolving soundscapes to become the altar rather than the reredos. and this is why the Eno-esque claims are annoying; ambient (from one perspective) may have evolved from Satie’s “Furniture music”, but it is capable of, and indeed has become, very much more than that. Arguably, the mere term “ambient” (as we’ve seen before) is somewhat unhelpful here, “polar” or otherwise. Biosphere’s work needs to be listened to, not merely allowed to float around the room while we “chill out”. There’s a lot going on here, and most of it defies words.