Imagine yourself in a situation where you’ve agreed to listen to a piece of music, but have no idea what it is. You get yourself comfortable, and shortly before the music starts, you’re informed that the piece will last three minutes. Now imagine that situation again, but this time you’re told the duration will be 30 minutes; and now a third time, what if you were told the piece was going to last three hours? Each of those scenarios elicits an entirely different psychological response, and this unbidden, preemptive reaction to the prospect of increasingly long durations has fascinated me for years. In all probability, three minutes wouldn’t make anyone bat an eyelid, whereas 30 minutes might well create a bit of tension, sending less focused minds swiftly out the door. But three hours, i imagine, would exceed most people’s tenacity, resulting in only a small collection of listeners prepared to confront something on such an epic scale. Despite the apparent trend in recent times of attention shifting towards short, individual tracks (an inevitable by-product of download culture), it’s encouraging to see composers continuing to allow their creativity to occupy large-scale sonic canvasses. Admittedly, a couple of years ago i pointedly remarked that, durationally speaking, “size isn’t everything”; of course it isn’t, but nonetheless, works occupying very long periods of time bring about a unique kind of listening experience, one that, at its best, makes the apparent demands on the listener pale beside the rewards it offers. i’m going to explore some of the more interesting recent ‘contemporary epics’ in the next few articles. 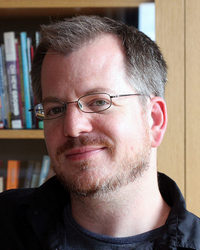 The first is by the enigmatic composer Kenneth Kirschner. For over two decades, Kirschner has created a large and diverse collection of experimental pieces, almost all of which are simply titled after the date of their completion. Most of these pieces are available as free downloads from Kirschner’s website. The kind of experimental electronics they manifest is unique, thoroughly grounded in field recordings, yet with an incredibly vivid quality one might call ‘super-real’ or ‘meta-natural’ that’s nothing short of uncanny. All the same, it’s difficult to make definitive remarks about a “Kirschner æsthetic”, and it would be risky to attempt to draw substantial connections between too many of the pieces; overall, what’s most fascinating is Kirschner’s mercurial sense of direction, which almost seems to have as many strands as there are compositions. For much of his output, he has confined himself to works that do their thing over relatively short durations, typically between 4 and twenty minutes. But in 2004, things began to change, as Kirschner began to explore indeterminate structures, resulting in pieces of unfixed length. This occupied him more thoroughly through 2005, and then, in his first work of the following year, came “March 16, 2006”, which at almost 75 minutes’ duration was twice as long as anything Kirschner had hitherto released. In the years since then, Kirschner has returned to shorter works (the hour-long “November 7, 2008” is a notable exception). So it came as a very real surprise last year when Kirschner quietly released “July 17, 2010”, a piece lasting 2 hours, 5 minutes and 10 seconds. Kirschner’s work is always very striking (his triple-CD Twenty Ten, released earlier this year on 12K, surprisingly wasn’t quite so impressive), but “July 17, 2010” is an outstanding achievement, and i believe it’s his best piece to date.

Music like this, on a more epic scale, often has a sense of momentum and development that borders on the geological, and while that’s true of this piece too, Kirschner encrusts his surface with a truly bewildering amount of detail. Clearly emanating from metallic and glass sources, Kirschner reinvents them into a complex network of bells and quasi-insect calls. After a while (~21′) they become surrounded by a brightly luminescent cloud; later (~44′), muscular ripples try to break through the surface; and as the first hour comes to an end, faint pitches and even a wafer-thin whistle can be caught briefly in the far distance.

Fifteen minutes into the second hour (the music now conjuring up the sound of the sea over pebbles) comes the point when, for me at least, one of the curious side-effects of large-scale, single-span compositions often becomes apparent. It seems to make itself felt as a slight but tangible sense of mild detachment from the music; one remains engaged and connected, but with a concomitant sense of being deep in the midst of something very large; this can have a hypnotic effect, the music (if it hasn’t already) now powerfully enveloping the listener. i don’t know whether this sensation is something others experience in a similar way, but i find it adds an extra frisson of exhilaration to the experience.

The pebble-like sounds become harsher, after which suddenly (~1h30′) distant, shifting pitches become audible again, momentarily crystallising in an episode where struck glass becomes akin to xylophones and glockenspiels, before ebbing into a second cloud. The conclusion of “July 17, 2010” begins with the texture thinning out, becoming increasingly percussive and granular (~1h45′). Not for long, though; having been absent for a while, the final 10 minutes see pitch material return strongly (sounding similar to earlier, but happily without the cliché notion of ‘homecoming’), bringing the piece to a fading, glittering end.

Notwithstanding the curiously oblique ‘detachment’ i spoke of above, i defy anyone to be bored at any point in the 125 minutes of “July 17, 2010”. On the contrary, it may just be two of the most riveting musical hours you’ll ever spend.