Today marks the start of Lent, and for this year’s Lent Series i’m turning to the world of the small: miniatures. i’ve written in the past with no little enthusiasm about ‘epic’ compositions, but there’s something equally remarkable about a piece of music that’s able to convey something cogent in a seriously limited amount of time. i haven’t set myself a strict time-limit for the pieces featured in the series, though i suspect nothing longer than around three or four minutes. 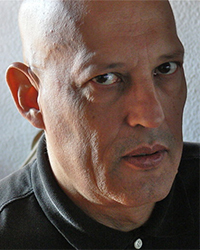 To begin, a real blink-and-you’ll-miss-it concert opener from Mexican composer Javier Álvarez. Composed in 1995, Álvarez’ electroacoustic piece Overture clocks in at a mere 70 seconds and it’s an exercise in exuberance. Álvarez utilises two very distinctive sound sources: a Mariachi band – reflecting Álvarez’ nationality – and a Volvo car, in homage to the Swedish Electroacoustic Music Instiute that commissioned the piece. Gestural flourishes from the band are turned into a fanfaric opening, answered by accents and electronic ringing, quickly expanded into short brass phrases that granulate, and subsequently processed into a complex, busy texture incorporating car horns (sounding as though the Road Runner were dashing around in the immediate vicinity). Álvarez uses the brass as an increasingly insistent motif, in conjunction with the accents heard at the opening, to build up a head-bangingly massive climax.

Overture was commissioned by the Swedish Electroacoustic Music Instiute and the Skinskateberg Electronic Music Festival which in 1995 had as its focus Mexican electroacoustic music. In composing a concert opener suitable to the occasion, I thought this piece should be made of somehow easily recognisable Swedish and Mexican sound elements. I thus settled for sounds taken from a Mariachi band and from a 1956 Volvo coupe which I stretched and churned.

This has all the makings of another fascinating series, Simon! There really is quite a profound, even moving little narrative contained in this piece, isn’t there? One that it would take many a composer at least 20 times longer to spin out (not that there’s anything inherently wrong with the latter approach, of course).