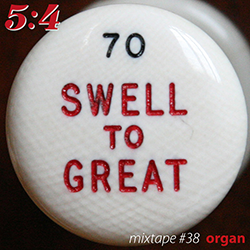 A little over two hours of music that pulls out both the real and the imaginative stops; here’s the tracklisting in full, together with links to buy the music.