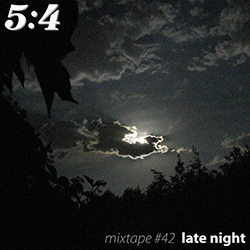 The accompanying artwork uses a photograph of the night sky that i took in July 2015. Here’s the tracklisting in full, including links to obtain each of the albums: