Tomorrow’s afternoon Prom concert in Cadogan Hall promises to be something a little different. Titled Ancient Rituals and New Tales, the event is a showcase for Egyptian oud player Joseph Tawadros. In addition to his own music Tawadros will also be giving the world première of Australian composer Jessica Wells‘ Rhapsody for solo oud. In preparation for that, here are her answers to my pre-première questions, together with the programme note for the piece. Many thanks to Jessica for her responses.

Extremely eclectic! I absolutely revel in orchestral music and have made a career out of working as an orchestrator: I’ve worked on over 60 films. But I have also written music for film and television, theatre, opera, jazz big band, electroacoustic music and chamber music. I enjoy writing for instruments I haven’t yet explored.

Last year I was one of four nominees in the ‘Instrumental Work of the Year’ category in the Australian Art Music Awards, for a piece for carillon and electronic track called Moon Fire. I very much enjoyed pairing the sound of the bells with an electronically-created soundscape, and the piece has had performances in Carillon towers in Barcelona, the Netherlands and Chicago!

Apart from creating new sonic worlds, I enjoy writing a good melody as much as I do writing textures, and I love to create new harmonies and explore harmonic rhythm in different ways. My music can be dissonant as well as tonal, and anywhere in between. I tend to write with the flow of the music in mind, using structure to create contrasts and I use colour very vibrantly. Sometimes a piece will be inspired by text, a painting, an environment or a story. Sometimes it can represent an internal emotion or explore a concept of how I relate to the world around me. For example, I wrote a piece for piano trio with accompanying video projection which was edited from my baby’s ultrasound at 18 weeks’ gestation. This piece, Intimate Waves, explored the very bizarre feeling of early pregnancy, the disconnect between what I saw on the ultrasound screen to how my body felt, and the dawning recognition that there was a small human within me. I wanted to represent a very real female perspective which was not an expected reaction of joy and elation, but more of a mystical, slightly fearful, odd emotion that was hard to explain in words!

At an early age (5) I was recognised by my school recorder teacher that I could sight-read the consort music that was on his music stand (rather than play the “C D E” that the rest of the class was learning). I was also very keen on ballet and could remember where to enter the stage in the middle of an orchestral score in Prokofiev’s Cinderella at age 7. I began to arrange music for my classmates in high school, performing in the school musicals on piano and accompanying many singers and instrumentalists. My piano teacher encouraged me to explore more than just the classical piano syllabus, and I loved playing concertos on two pianos with him.  I first began to compose on my Roland D10 keyboard at age 15, using a sequencer and then later Cubase on an Atari (that’s showing my age!) and recording my compositions onto cassette tapes. My maths teacher allowed me to spend my free maths time writing orchestral scores in Year 12. Music was the path that chose me!

I studied my Bachelor of Music and then a Master of Music in Composition at the Sydney Conservatorium of Music. I then later studied for a Master of Arts in Screen Composition at AFTRS (the Australian Film Television and Radio School). All of my teachers were so supportive of me and I have taken on board many of their different approaches to writing over the course of my studies. Martin Wesley-Smith, Trevor Pearce and Bozidar Kos were my main lecturers and were all very different in their own musical styles. Martin Armiger at the film school gave me a lot of insight and practical experience in dealing with directors(!) and how to make a film come to life with a score. I’ve had wonderful mentors such as Christopher Gordon and Nigel Westlake for whom I’ve prepared film scores and learned so much from them in the studio. I now happily work as a producer of classical, film and album recordings for all kinds of artists, and it’s work I enjoy immensely, to help bring other composers’ work to life. All of these composers influence my work on an everyday basis! I never stop learning.

Starting a new piece usually begins with me sifting through recent experiences in the back of my brain and searching for one key element that I know will lead to the creation of enough material for a piece. I spend a lot of time “brewing” ideas in the back of my head, whilst running my business and looking after my family (I have two school-aged children). Sometimes I will come up with a great idea while waiting for my nine-year-old to finish soccer training, or pushing a shopping trolley or while driving from place to place. The reality of my life is that I am time-poor. So my brain has to be working unconsciously in the background – planting a little seed in there and then seeing what comes out in that tiny two-hour window I get here and there to write!

Rhapsody for Solo Oud really was ‘born’ out of the necessity of writing for this particular instrument and this particular performer, Joseph Tawadros, within a short space of time to be included in this BBC Proms concert! I have written this piece especially for Joe and his incredible virtuosic style, and taking into account his own compositional output and what material works well on the oud. This piece is an exploration of three ideas, the first of which is a more open-fourths harmony that is not typical of the Arab scales you normally hear on the instrument. The second idea is pure energy and momentum, driving rhythms in changing meters that propel the music forward and is also a bit ‘rock and roll’, utilising the lowest strings of the instrument which is also a more modern idea. The third element is improvisation, which Joe is renowned for, ‘jamming’ on the thematic material, and I am looking forward to hearing what eventuates. The magic of improvised music is something that I love to witness. So this piece really comes more from my jazz influences and will hopefully be a bit of a crowdpleaser!

I have written some big band music which has improvised solos, such as Accordion Crimes which features a Bonnie and Clyde-inspired duet between soprano saxophone and accordion. I am hoping to get a proper recording of this one day as I only have a ‘bootleg’ recording available on SoundCloud. My film music is also more contemporary in style; The Saviour was an Oscar-nominated short film that involved a banjo, found objects as percussion, and some electric bass grooves which underscore a black comedy about a Mormon who goes astray! I recommend watching the film as it’s very entertaining. Mijn Man is a score in which I recorded my own prepared piano – a piano with screws and bolts and objects pushed between the strings to make it sound like an Indonesian Gamelan. My SoundCloud account is very eclectic and there are many different pieces to sample!

My orchestral piece Zodiac Animalia was performed by the Tasmanian Symphony Orchestra this year and will be recorded in 2019, and I hope to get more performances of this 12-minute piece which explores the animals of the Chinese Zodiac (12 x one-minute movements of contrasting orchestration styles). I am co-writing a song-cycle/cabaret piece for performance in October with two incredible opera singers, Jacqueline Dark and Kanen Breen, and the renowned PLEXUS ensemble from Melbourne. I will also be composing a brass quintet for performance with dancers in New York in January 2019 (Composers Concordance), arranging music for a sound installation artist for MONA contemporary art museum in Hobart, Tasmania, and writing a piece for string quartet and saxophone for Amy Dickson for a chamber music festival in Townsville, Queensland. I will also be the Musical Director of the Australian Screen Music Awards in Sydney in November. 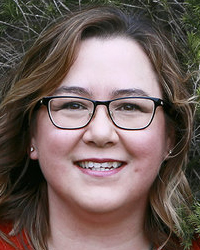 In 2017 I had the privilege of working with Joseph Tawadros on two very different projects:

In writing this commission for the BBC Proms I was able to draw on my recent experience in working with Joseph, utilising his virtuosic skills as a performer, and exploring the sound world of this unique instrument of which I had begun a deep appreciation.

By definition a Rhapsody is a piece that is freely structured, has contrasting moods and sounds spontaneous and improvised. In this piece there are two main thematic ideas, one slow and contemplative and the other highly rhythmic and driving, with sections that feature Joseph’s great talent as an improviser.

As a Middle-Eastern instrument with a rich history, there are many scales and modes which are used in traditional oud music, creating a sound-world that is definitively Arabian. In this piece I wanted to touch on this but also explore other harmonies which are not as typical to the oud.

Chromatically-moving chords in open fourths form the opening of the piece. These colours have more of a jazz influence.

The second fast-paced theme is based on a pedal of C, and uses the meters of 2/4 and 6/8 in fast succession. This created a momentum that pushes forwards and shows off the virtuosity of the performer.

One passage is played on the lowest strings of the oud, which I discovered are typically not used in traditional music except as “drone” notes to anchor the harmony of the strings above. These low strings have a grungier element to their sound when played aggressively.

Joe has performed a fair bit of Vivaldi on his instrument, and the Baroque style of melodic line suits the instrument, and I drew inspiration from this for some of the melody lines in the piece.