This afternoon’s Prom is the first of the festival’s usual parallel strand taking place at Cadogan Hall. Primarily featuring early choral music performed by vocal group VOCES8, the concert also includes the first performance of Earthward by British composer Alexia Sloane. As an introduction to the piece, and to Sloane’s work in general, here are their answers to my pre-première questions, along with the programme for the piece. Many thanks to Alexia for their responses.

My music tends to be contemplative, with a focus on a creation of atmosphere rather than rhythmic drive. As someone who writes poetry as well as music, I have recently started using poems of mine in my scores as a kind of extended performance direction, or a guide to the musicians as to the mental space they should be in to play the piece.

I have become increasingly concerned with and fascinated by the notion of ‘engaged art’, both as a composer and as a poet; both the musical and literary facets of my creative practice seek to connect with contemporary crises, especially the environmental emergency. In particular, I am interested in exploring the power of art as a means of reconnecting us with the emotions which can so often be stifled with indifference or flooded with fear as a consequence of the cold approaches taken by the media and in politics to the catastrophes we are facing. For me, my work is a way of opening to those emotions, of expressing them honestly, and hopefully encouraging others to do the same, not by ‘preaching’ or fear-mongering, but by helping my audience realise they are not alone in what they feel. I have never been a natural ‘fighter on the front line’, but for me my music and poetry are my activism. Sometimes I worry about the injustice of this: a white, middle class person, wishing to make a difference through niche pieces very few people will ever experience. But it only takes one person to be moved to make a difference, and this is what has been driving my work since I have begun pursuing music seriously.

At school, I had many careers ideas. I wanted to be an interpreter for the EU or the UN, a translator of literary texts, a writer, a psychotherapist. Once I remember going to my mother when I was five or six and telling her I wanted to be a sculptor. I am by no means saying I could easily have entered on all, or even any of these paths, although I do still think about exploring some of them further. But what survived through all my reflections on what I might do later was a desire to communicate and use my creativity.

From an early age, I was fascinated with language, both the written word and the wider realm of sound. Aged six, I begged my parents to let me learn an instrument, and, on receiving my first recorder, began to explore the sounds it made until my mother cried, “make her stop, she’s just playing random notes”. But I didn’t stop.

The first mention I remember of my possibly becoming a composer came from my father when I was maybe seven or eight. “You could combine your interests in music, creative writing and language”, he said. It was when I was 12 that someone suggested I should take formal lessons. I accepted his offer to teach me, and with his support, quickly went from improvising using very limited instrumental skills to being anxious to write for other people. After a couple of years of performances by the choir I was with at the time, and other ensembles working in Cambridge where I lived, I had the immense privilege of being accepted as an Aldeburgh Young Musician as a first study composer. A place at the Royal College of Music Junior Department, at the National Youth Orchestra and at Britten Sinfonia Academy as a composer followed. I felt incredibly lucky that others were willing to support my music-making, and it was at some point during those years that I gradually began to realise this might be the way of making some small difference I had been grasping for.

I am coming to the end of the second year of an undergraduate degree in Composition at the Royal Northern College of Music, where I am lucky enough to be studying with Professor Emily Howard.

I am drawn to the haunting, sinuous melodies of chant, Hildegard Von Bingen being one of my favourite composers and figures in early music; I love the kaleidoscopic soundworld and the symbolism of Debussy and the French impressionists; most recently, I have great admiration for the vast spaces in the engaged music of John Luther Adams and the immediacy of the sound recoodings of Burnie Krause, Chris Watson and other nature sound recordists.

I find it almost impossible to compose without having some kind of starting point. This basis is very rarely explicitly musical; very often, it comes from something I have read or experienced: something in current affairs, in a poem or book, or something else which may be affecting me emotionally. The concept or starting point often gives rise to a loose structural plan, which might be as simple as, “this piece will be based on a motif which will gradually contract to reflect shrinking hope”. I am quite an intuitive composer; whilst almost all the decisions I make throughout the composition of a piece are reasoned, I find it difficult to work creatively with systems or processes, although I very much admire those who can.

Earthward, the piece being premièred by Voces8 on 22 July, is a setting of a short eco-poem of mine. I finished the poem and set the text on an insight meditation retreat in the countryside of Dartmoor, having spent what felt like too long in the busy urban environment where I study, and feeling quite disconnected from nature as a result. Coming to Gaia House, the retreat centre, a place where I have felt closer to the Earth than anywhere I have been, I experienced a deep sense of home-coming. Earthward expresses both the joy at this beauty of nature and connection with it, and a profound grief and pain at its fragility and loss. I have explored these ideas in my previous work, but always from a distance, from a position of feeling oppressed by industrialisation and distanced from the Earth. I would say that, at least from an emotional perspective, this is perhaps the piece I feel was most intuitive and truest to my inspirations.

My wind quintet thread is inspired by similar themes to Earthward, though it is perhaps more openly negative in outlook, exploring the distinction between delicateness and fragility and reflecting on it through the dissolution of chorale-like textures into counterpoint and eventually solo lines. Snow Angels is a work for cello, piano and projected text which looks at the correlation between nature’s destruction with our sense of emotional disconnect. Elegy For Aylan is a piece for flute, clarinet, harp and percussion which is a reaction to the refugee crisis. All scores, and the recordings of Elegy For Aylan, can be found on my website, www.inspirarts.com.

I hope to write an anthology of engaged poetry and set it in a cycle of pieces for female/non-binary voices, countertenor and alto soloists and ensemble. I would love the piece to have cross-arts elements in addition to music and poetry, and may look to collaborate with visual artists and/or dancers. 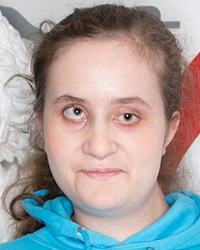 My music is often spacious, with an emphasis on misty harmonies and weaving melodic lines. My conceptual inspirations are often strongly rooted in contemporary crises, particularly climate change, but also social disasters I see as closely related to it such as the refugee crisis and mental health. Literature is also a key source of inspiration for me, and I have recently begun to use my own poetry as an extended performance direction in my scores, as well as setting it as text. A strong sense of spirituality runs through much of both my musical and poetic work; Earthward is no exception. Inspired by the sacred themes of the rest of the programme, I wished to write my own piece of ‘sacred’ vocal music. As a Buddhist however, it felt most authentic to place the Earth at the centre of the work as the object of devotion. Of course, an intellectual approach is crucial to tackling ecological catastrophes; but in a time in which our intimate connection to the universe, our sense that, ‘what we do to nature, we do to ourselves’, is often stifled beneath cold statistics and dire predictions, it is also essential that we express our own love of and grief for the Earth. I hope this piece, with its returning, almost liturgical unisons which blossom into dense chords on important words and phrases in my text, and its main instruction to the ensemble of convey a ‘reverential’ feel, communicates my own closeness to nature, and the strong sense of sacredness I find there.