The longest work i’ve ever written about on 5:4 is Scottish composer James Dillon‘s magnificent three-hour Nine Rivers cycle, which i explored almost a decade ago. So it’s rather nice that the next piece i’m exploring in this year’s Lent Series focusing on nature, also by James Dillon, is one of the shortest pieces i’ve written about. Dillon’s 2½-minute piano miniature Dragonfly was composed in 2009 as a gift for a close friend who was a keen gardener. Written in less than a week, the piece is in part inspired by observations of dragonflies, particularly what Dillon describes as “the nervioso quality of their flight”. It seems to me that the piece doesn’t only evoke the idea of a dragonfly itself, but also something of the aquatic context in which they’re usually found, Dillon’s material being highly limpid and fluid. 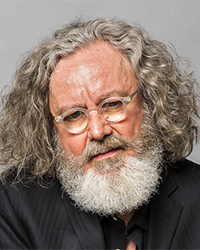 Though extremely short, the piece has a recognisable, if rudimentary, ternary structure. The outer sections are characterised by tiny, rapid actions; unrooted flits and twitches; self-contained oscillations; small roaming lines; interspersed with reflective pauses. At the very start, a low C briefly underpins these actions (we might fancifully liken this to before the insect had taken off), and this is answered by a return to this low C just before the end of the piece. There’s a fastidiousness to this behaviour, conveying the impression of small-scale, carefully-controlled intricacy.

This becomes expanded through the central section of the work, becoming a continuous burst of florid filigree, coming across as both a stream of activity as well as a series of discrete ideas happening (or appearing to happen) simultaneously. In the wake of this, the return to the more spacious opening behaviour seems all the more reflective, its pauses more significant. It ends as it began, polarised at each end of the keyboard, becalmed but poised.

This performance of Dragonfly was given by Ed Cohen at a late night composer portrait concert during the 2010 Proms season.