Tomorrow night’s Prom concert brings together music by Beethoven and the première of Minds in Flux, a 30-minute electroacoustic work by US composer George Lewis. As an upbeat to that, here are his answers to my pre-première questions, together with his programme for the piece. Many thanks to George for his extensive responses.

Well, my work falls into a few broad categories. The summary: diverse in media, materials, methods, aesthetics. Electronics are prominent but not overdetermining. Other than that, the headings below can be combined to provide the rest of the summary. I’ve limited the references to (mostly) easily Googleable examples.

2. What led to you becoming a composer? Did/does it feel like a choice? Where did you study?

In 1971 I took my first and only composition lessons with Muhal Richard Abrams and other members of the Association for the Advancement of Creative Musicians in Chicago, at their free Saturday school. They were encouraging everyone in the school to write music, as I mentioned in my 2008 book on the AACM, A Power Stronger Than Itself: The AACM and American Experimental Music. We perused scores and listened to all sorts of music, and we wrote music for each other to perform. Maybe it was less of a choice than I thought, because we all put pressure on each other to continue composing, even in the face of the usual sources of resistance.

3. Who/what have been the most important influences on your work?

Every time I try to list people, the next day I regret leaving someone out. The question is just too personal. In those early years at the AACM School, we were told to “listen to everyone and everything.” I’ve tried to do that.

I do try to reuse existing materials in new contexts. That seemed to work for Boulez and Stravinsky. The idea of starting with a tabula rasa sounds like a romantic fiction, but in facing the fact that music is habit-forming, memory becomes a major tool in overcoming habit.

5a. How does the piece sit in relation to your previous work? 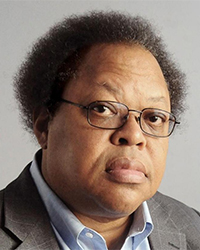 To place my answer in context, I should tell you what is going on in Minds in Flux:

The software can do some combination of the following:

Each instrument can have its own set of timbres and trajectories. Some passages in the work do not use electronics.

My task as composer is to use the software as a tool to compose sounds and trajectories and use them as musical material, part of the orchestration of the piece. I’ve previously likened this process to a kind of choreography, what Andrew Pickering calls “dances of agency.”

The effect is to place the orchestra inside the orchestra, by expanding beyond the stage so that the sounds of the instruments can come from anywhere. Another intent is to blend the orchestra with the electronics to create hybrids.

Since 2010 I have been pursuing what is now a series of works using this kind of technology. Among the pieces that use some version of this technology / methodology are Les Exercices Spirituels (2010; available on Tzadik Records)

The complete Trilogy is available via Bandcamp:

5b. Why did you particularly compose this piece at this time?

Ilan Volkov “curated” the idea of a work by me for orchestra and electronics, something I’ve never had the chance to do. The closest analogue was my 2004 Virtual Concerto, where the improvising computer pianist called Voyager made its Carnegie Hall debut. In this piano concerto, a computer program listens to the orchestra and performs an improvised part on a Yamaha Disklavier (acoustic grand piano) as a counterpart to the orchestra’s nearly fully notated parts. See this video for more information.

Minds in Flux uses a very different technology, and I believe that in the meantime I’ve learned a bit more about orchestral writing as well.

A forthcoming work using this technology is Amo (2021), for five voices and electronics, written for the Neue Vocalsolisten, to be premiered at the Venice Biennale in September 2021. The 18th century philosopher Anton Wilhelm Amo (c.1703 – c.1759) was brought to Germany as a small child from Axim in present-day Ghana. The noble family Amo served allowed him to be educated, and he completed his law school training at the University of Halle in 1729. After further studies in philosophy, Amo taught at the universities of Wittenberg, Halle and Jena, before returning to Africa around 1750. The libretto is adapted with permission from translations in Stephen Menn and Justin E. H. Smith, Anton Wilhelm Amo’s Philosophical Dissertations on Mind and Body (New York: Oxford University Press, 2020). The primary text is Antonius Guilielmus Amo, 1734, Disputatio philosophica continens ideam distinctam eorum quae competunt vel menti vel corpori nostro vivo et organico (Philosophical Disputation Containing a Distinct Idea of Those Things That Pertain Either to the Mind or to Our Living and Organic Body). The sung texts are in Latin, English, German, Dutch, and Twi, Amo’s native language.

Minds in Flux, composed at the Wissenschaftskolleg zu Berlin and completed in June 2021, deploys one of American music’s most enduring tropes – that of depiction, centrally represented by Charles Ives, Blind Tom, Elliott Carter, Florence Price, and so many others. The musical logics of Minds in Flux include new imaginings of sonic kinship, offering both unfamiliar sounds and familiar sounds in new combinations. Quicksilver reversals, extremes of volume and pitch, and noisy manifestations of resistance and incommensurability all combine to declare, after Chinua Achebe, that we are no longer at ease.

The “German” seating of the orchestra, in which first violins and cellos are on one side of the stage and second violins and violas on the other, combines with digital electronics to enact the production of space. Digitally mediated entities emerge from the orchestra to mutate into recombinant doppelgängers that follow diverse spatial trajectories around the hall. The combined forces suggest an unstable interregnum, the soil that nurtures change—what Duke Ellington might call a “tone parallel” to an instinctive incredulity toward systems and individuals that comfortably countenance the devolution of the field of new music that has resulted from the consistent absences of the same ethnic, racial, and gendered voices from our stages, media, and music histories.

The title of this event, “George Lewis and Beethoven”, recalls an earlier event at New York’s Lincoln Centre with exactly the same title, in which Born Obbligato, my 2013 response piece to the Septet, Op. 20, was premiered by the International Contemporary Ensemble. My title came from a letter from Beethoven to his publisher, announcing proudly that all seven instruments would be “tutti obligati.” “Ich kann gar nichts unobligates schreiben,” Beethoven wrote, „weil ich schon mit einem obligaten Akkompagnement auf die Welt gekommen bin.” A number of musicologists have interpreted this difficult-to-translate remark as a characterization of compositional procedure, but I have long felt that Beethoven was putting a deeper sense of personal identity in play.

As the old verities of identity and consciousness fall away under an uncontainable pressure on our species to finally realize the best of what it means to be human, both societies and individuals are experiencing an intense flux of emotions, from joy to dread. Decolonisation is proving noisy, unpredictable, and conflictual, but as philosopher Arnold I. Davidson promises, “Multiplication of perspectives means multiplication of possibilities.” In that light, I find myself using this notion of “tutti obligati” as a touchstone for this sonic meditation on what processes of decolonisation might sound like.