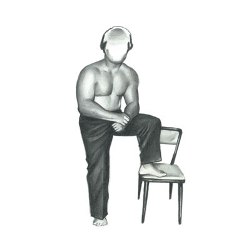 The week before last saw the release of Deerhoof’s new album, Offend Maggie. After the undiluted artistry and infectiousness of 2007’s Friend Opportunity, this was a definite highlight in the calendar, made all the more tantalising by the performance of half of the songs at their concert in Brooklyn’s Prospect Park back in July. i have to confess that the first listening was a real disappointment, and i feel sure this is because i was quietly hoping for “Friend Opportunity II”. From the outset, there’s a much more stripped away approach, which gives the songs a delicate, less rich texture than those of its predecessor. The opener, ‘The Tears and Music of Love’, for example, sounds for a while at least as though it could have been recorded in a garage, its drums sounding tinny, lacking weight. Although it develops into something more solid, this initially came as something of a shock, even more so when it leads into the light and playful—but very straightforward, even conventional—rhythms and structure of ‘Chandelier Searchlight’. All very catchy, but not the all-enthralling encounter i was anticipating.

It’s not until ‘Buck and Judy’ that they present something approximating familiar Deerhoof territory, piquant whiffs of distortion permeating its laidback rock trappings. The balance of elements is superb, as is the control over the song’s unfolding, which is given a certain leeway to meander, especially two-thirds of the way through; this kind of elastic structure is one of Deerhoof’s most interesting traits. Delicacy is laid aside in ‘Snoopy Waves’, which is dense to the point of being heady; a snippet of lyrics floating in an intoxicating blend of buzzing bass and cutting guitar motifs. It’s not surprising they don’t pursue instrumental tracks more often, as Satomi Matsuzaki’s vocals have become so indispensable a part of Deerhoof’s signature sound, but tracks like this one hint at how interesting these would be, far more so than the majority of today’s dull instrumental post-rock offerings. ‘Basket Ball Get Your Groove Back’ is wonderfully quixotic; the verses (for want of an entirely better word) occupy nicely irregular 5-bar durations, while Matsuzaki’s vocals sound like a cross between a nursery rhyme and an acid trip. This was one of the songs played at Prospect Park, and it was entertaining to hear the (moronic) presenter David Garland’s audible confusion at the inscrutable lyrics of this song. ‘Don’t Get Born’ is a curious and bemusing incipit, one that quickly gives way to the initially riff-laden ‘My Purple Past’, although just as quickly this softens into a very gentle lengthy middle episode. 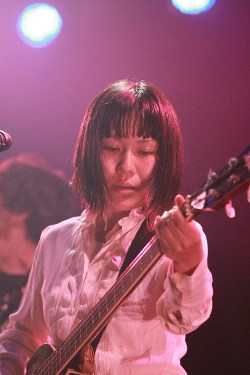 Over halfway through, i’m still not feeling this album is consistently grabbing me the way most of their previous offerings do. and then, as if to chastise such thoughts, ‘Family Of Others’ begins, twanging in all directions, and ushering in quasi-Beach Boys falsetto male vocals; all the same, it dissipates into strangeness: there’s an incongruous rapid episode (but it works), and an apologetic, rather odd fade-out (which doesn’t), and now i start to wonder what exactly Deerhoof are up to on this album. Defying track seven’s firm imperative, ‘Fresh Born’ is fun and engaging, laden with curious percussive noises and a somewhat scat-like vocal delivery. All the same, it’s a trifle too repetitive for its own good, even becoming the tiniest bit tedious towards the end. Finally, though, triumph arrives in the form of ‘Eaguru Guru’, rocking out in thoroughly cheerful mode, the vocal line seeming to hover, hawk-like, above the shifting, tub-thumping surfaces beneath; a false finish leads to some shameless schoolboy guitar tomfoolery, before wrapping things up in an elegantly unkempt recapitulation. Here, once again, to speak of ‘verses’ and ‘choruses’ can only fail to be meaningful. Both a contrast and a shock to everything hitherto, the 75 seconds of ‘This Is God Speaking’ comprise a mess of electronics and distorted voices that resolve into a twee faux-bossanova, redolent of cheap 80s keyboards. In its wake, ‘Numina O’ is almost a ballad, restrained and quiet; that is, until its final third where the main melody is abruptly fashioned into a fulsome climax, guitars blazing; Deerhoof seem to be saving the best songs for the end.

And so to ‘Jagged Fruit’, which seems simultaneously to be consistent with and yet also light-years away from the rest of the album. It spends half its time slowly growing in intensity, during which i would venture we hear Matsuzaki singing like never before: soft, melancholic, almost unbearably fragile; there’s more than a hint of Beth Gibbons to her quaking held notes. and then: bold unisons that shift in and out between exquisitely-judged dissonances, and with them a shift in a brighter direction that pervades until the end. Without question, this is one of their finest songs, if not the very finest; it’s mature, unexpected, thrilling, simple and complex in equal measure, and absolutely brilliant. An album with such a masterful valediction is a remarkable one indeed, and looking back at the 43-minute experience (which feels significantly longer), and the repeated listenings that have occupied me during the first week-and-a-bit of Offend Maggie‘s life, i’m left surprised and disappointed with myself for being so ambivalent, so surprised, so impatient with it. i don’t think it’s as good as Friend Opportunity, but nonetheless i do think it’s one of the outstanding releases of 2008. It may just be that not all of the risks Deerhoof take are paying off this time; but at least, unlike so many, they are continuing to take risks.