Take a large helping of electronica, add more than a hint of retro, a dash of attitude, and then bestow on the combination a northern accent. The result might have been Client, Sarah Blackwood’s project for the last 5 years—were it not for the fact that Client have proved themselves an increasingly boring and inept outfit, their last two albums (particularly this year’s Command) stultifyingly bad and a major disappointment to those who, like myself, feel that Blackwood still has one of the finest voices in pop. Nay, nay and thrice nay, the result now has to be Northern Kind, a duo who’ve been active for a couple of years, and whose second album, WIRED:, was released last month. 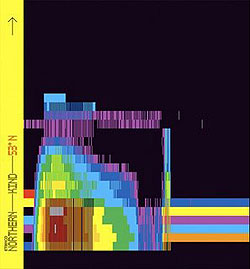 But let’s rewind to their first album, 53°N, which dates from 2007. It’s an extremely impressive debut, both capturing perfectly the synthpop sound of the early 1980s (think Erasure) as well as sounding thoroughly modern; it’s not simply an exercise in nostalgia. Having mentioned Blackwood already, i should point out that Northern Kind’s singer, Sarah Heeley, has a voice of similar range but different demeanour; while Blackwood is like a female Ralf Hütter (that’s a compliment), Heeley has a gentle vibrato that nicely shades her singing, and prevents her sounding aloof. The first few tracks of 53°N get the ball rolling, but it’s not until track four, “Millionaire”, that the album really takes off, the musical scope and horizons seeming to expand instantly. The tempo isn’t that fast, but an incessant, gymnastic bassline pushes the song along relentlessly, supplemented with assorted synth melodies, electronic drums all over the place (think Pigeon Street), and some really great singing from Heeley. “Thoughts of You” at first sounds remarkably close to early Client (that’s also a compliment), although far more melodic, and the chorus is nothing like them, poignant and softly melancholic (Client, like so many, mistake cynicism for melancholy). These two are the standout tracks; of the rest, “Home” is a great song, bringing to mind mid-’80s Pet Shop Boys (think Actually), Heeley even sounding rather like Neil Tennant. Also notable is “Sometimes”, a hard-hitting song, with abrasive sawtooths cutting the air in and around the lyrics; “Loser”, after it, is similar but more up-tempo and lyrically aggressive. It’s a splendid first album, effectively presenting Northern Kind’s credentials—and at this point one must mention the duo’s synth-smith, Matt Culpin, who’s clearly responsible in no small point for their distinctive sound.

2008 saw the release of a free digital EP, Xerotic, containing a brace of tracks, “Into The Blue” and “Dirty Youth”. The former track is down-tempo, and as close as the group has got to a ballad, interestingly drawing comparisons at times with Dubstar; it’s also harmonically more interesting than many of the tracks on 53°N. “Dirty Youth”, though, is outstanding, a fast, punchy floor-filler, employing a similar chord scheme to “Millionaire” but fashioning a much more exhilarating track out of it. It’s a really superb song, although with my composer hat on for a moment, i’d swap the phrases of the chorus, as they’d be even more effective the other way round. It seems the original download link has vanished; get it below. Also last year appeared a little giveaway track for Christmas, “Tears and Tinsel”, although i mention it purely for the sake of completeness; to be frank, it’s a bit wet…. 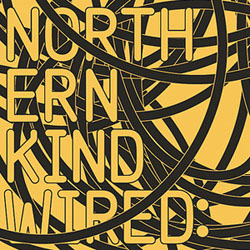 All of which brings us to the here and now, and new album WIRED:, slated for release last Autumn, but pushed back to 2009. The opening tracks, “Pop” and “Pleasurely That Machine”, demonstrate a new kind of tautness in their music, the elements fitted together tightly, and much more variety in the elements themselves. The latter of those tracks is especially infectious, and while i have a keen dislike of remixes (due to a general lack of musicality in the results), this could be a spectacular club hit. “Electric To Me” and “Automatic” are a couple of pleasant but lacklustre songs, after which comes “Into The Blue”, from the Xerotic EP, that has been gently tweaked but is otherwise identical to its earlier version. The spectre of Client resurfaces in the moody song “Tranquil Eyes”, Sarahs Heeley and Blackwood sounding identical here—and while i think of it, i wish the duo would resist the urge always to multi-track Heeley’s voice; maybe it’s a ‘trademark’ sound they’re after, but it starts to pall after a while. i mustn’t detract from the song, though, which is pretty good, and makes nice use of vocoders in the mix. And then comes “Dirty Youth”, also from last year’s EP, but—immediately apparent—changed considerably from that original version. The disadvantage, which i admit i perceived first, is that it has lost the wide scope of the EP version, partly because the reverb has been turned down a lot, but also i think due to the adjusted balance; the advantages, though, are that the song sounds far more in keeping with the tone of the rest of the album, and also the vocals are sharper and clearer. Horses for courses; personally, i’d still opt for the EP version. After a peculiar little instrumental, that shows potential just at the point it ends, the album closes with three more engaging tracks. “Goodbye” adopts a strikingly similar sound to “Thoughts of You”, although melodically is quite different, while “Crash” introduces some tantalising new sounds early on, but these are all too quickly subsumed in familiar synths and only glimpsed briefly in the rest of the song. The last and longest track, “TandText”, is a re-working of “Tears and Tinsel”, and a huge improvement it is too, particularly the darker extended introduction.

On balance, i have to say i prefer Northern Kind’s debut album to this new one; WIRED: comes across as though they’d tried rather too hard, sounding over-polished if anything. They are most definitely a duo with potential, both albums testify to that, and i’m hopeful that they might eventually bring to electronica the kind of interest and innovation that Client promised but, ultimately, failed to deliver. Both albums are available directly from the band themselves, via their online store; step this way.