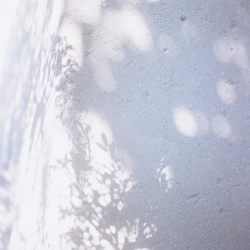 While stereotypes abound when discussing music emanating from the east, an acute sensitivity to the machinations and subtleties of nature seems to be an unmistakable, almost ubiquitous characteristic. This, complimented by a profound kind of simplicity, sets such music apart from the preoccupations of the west, which so often gravitate to extremes, either abounding in cerebral filigree or playing around in frothy, superficial nonsense.

For the last few years, Japanese duo Ironomi (いろのみ) have been exploring their own response to the world around them, with a particular interest in the seasons. Pianist Junya Yanagidaira is invariably found in the foreground, generating a seemingly eternal stream of improvisations; at the fringes is Yu Isobe, using his laptop to weave impossibly delicate and restrained contexts for the piano. Despite the prevalence of the piano in contemporary ambient music, their combined approach is a distinctive and somewhat unusual one, demonstrated to good effect on a cluster of releases, of which Recode (2008) is arguably the most assured.

New release Sketch, available at the end of November, is described as a ‘mini album’ by the duo, and at a little under 34 minutes’ duration, that seems a fair assessment. Its five tracks are arranged symmetrically, the individual track lengths expanding towards and diminishing away from the centre.

A title like ‘Sketch’ suggests ideas in their nascent state, but album opener ‘夏虫色’ (‘Summer Insect Colour’) betrays the well-established hallmarks of the Ironomi sound, the piano at centre stage, grappling once again with whatever impels it to such an insistent outpouring. All around it, hovering with both the density and definition of mist, is the environment created by the laptop. For all its nebulosity, it hints at the sound heard in a tropical house, where water and birds are found in equally rich quantities; this is never overt, however, allowing the mind to remain uncertain at precisely what—if anything—is actually being heard in the background. This also holds true in the second track, ‘空色’ (‘Empty Colour’); here, though, the stereo scope is dramatically widened, the piano occupying the entire soundstage, forcing the laptop’s initial contribution—even more restrained, less definable—into the distance. However, the computer soon presents its second and more ‘hands on’ role, taking fragments from the piano’s gestures and moulding them into new shapes, repeating them, reversing them, overlapping one with another, forming a kind of collage in which all trace of the original ‘real’ piano is lost.

Central track ‘裏葉色’ (‘Leaf Underside Colour’) begins its long, 12-minute sojourn by picking up this thread and running with it; the piano has barely uttered a couple of sparse, halting phrases before they’re immediately refracted, more decisively than before, the harmonies—though still simple—given a veneer of obfuscation by some occasional, gentle (and, by this stage, badly needed) dissonances. Ironomi are at their best in tracks like this, of longer durations, where the effect of their music becomes most hypnotic, seeming to grow in size, akin to the experience of standing up close to a painting, its sides moving beyond one’s field of vision. As ‘裏葉色’ expands, the laptop’s involvement becomes more demonstrative than ever, forming a distinct additional musical layer, in which the left and right channels cut out momentarily. It’s a well-judged counterpoint to the piano’s dogged doodles, preventing them from sounding entirely organic. It also seems to have a transformative effect on the piano loops folding over and under each other, now becoming akin to a peal of tolling bells. Apropos: slightly over halfway through, an unexpected chiming begins, the first unequivocal appearance on Sketch of something ‘other’. The duo bravely resists doing anything over-dramatic in the wake of this surprise, allowing the material to decline with impressive patience.

Such a striking, large-scale panel brings into focus the difficulties and problems that arise from some of Ironomi’s shorter tracks. They have a tendency to break the sonic spell, even working against the duo’s ambitions, their music seeming irritatingly directionless. Despite the more definitive context provided for fourth track ‘翠色’ (‘Jade Colour’) birds unmistakably present this time), it can’t prevent it sounding really rather dull. However, whether this is the fault of the track, or the cumulative effect of having listened to, by now, over 25 minutes of music with a fairly narrow æsthetic outlook, is debatable. While it’s no doubt a bit of both, the situation is caused entirely by Junya Yanagidaira’s piano material, unhealthily obsessed with the centre of the instrument, never daring to venture into the high or low extremes of register. Likewise, the relentlessly diatonic harmonies, despite their apparently ‘free’ meandering, over time sound uncomfortably enclosed and restricted. Its gentleness now becomes excessively genteel, far too polite for its own good, the cotton-soft demeanour actually becoming tiring.

Sketch closes with ‘時色’ (‘Time Colour’), the starting point of which is a similar chiming to that heard two tracks earlier. What emerges goes some way to allay the issues just described; a slightly deeper register is now heard, and although the piano’s role is its most repetitive so far (made so by the laptop), the most prominent loops find their notes gently clipped, a small but significant timbral change. It’s a delightful little coda to the album, the final 30 seconds of which—triggered by a flurry from the piano—seemingly chart a fresh path, the omnipresent electronic haze jittering in quiet response, and the music floats prettily away.

Ironomi’s Sketch is released on Kitchen.Label at the end of November.