Daniel Kellogg – Soft Sleep Shall Contain You: A Meditation on Schubert’s Death and the Maiden (UK Première) 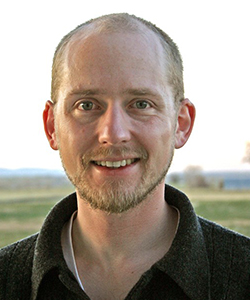 Last autumn, on 27 November, at a lunchtime concert at London’s Wigmore Hall, the renowned Takacs Quartet gave the UK Première of the American composer Daniel Kellogg‘s Soft Sleep Shall Contain You: A Meditation on Schubert’s Death and the Maiden. As that title suggests, the piece draws on material from Schubert’s quartet, specifically the theme used as the basis for the second movement.

It begins with great slowness, presenting a chromatic, descending idea that has a tendency to end in emphatic perfect fifths. It’s a plaintive opening, only gradually hinting at material from Death and the Maiden; Kellogg allows these initial dabs of sonic stuff to slide around like beads of mercury, occasionally meeting and momentarily coalescing into something recognisable—Schubert’s first chord, for example, materialises only to vanish away again immediately. Eventually, the quartet makes an overtly lyrical statement, which becomes the cue for a launch into denser material and more aggressive interplay. There’s a sense here of struggle, of grinding away at something mundane, prosaic, before another abrupt shift, now into a more rhythmically driving section. Skimming the surface, the contours of Schubert’s melody now become apparent, and later, the well-known chord sequence is heard loud and clear, while the music’s grip on tonality wavers disconcertingly. Kellogg moves still closer to his source material, putting it in the spotlight and dancing around it, the quartet moving into ever higher registers, becoming obsessed with an accented arpeggio idea. Whereupon all is hushed, and there’s a lovely encounter with material so beautifully light that it’s almost transfixed by its own translucence; it’s a magical episode, the quartet almost stepping outside the piece, seeming to possess only an oblique connection to what’s gone before (and, finally, delivering music that lives up to the sublime title). All the more strange, then, that it ushers in a chorale coda in which Schubert’s theme is stated most baldly of all; it’s strangely unsatisfying, as though Kellogg, having flirted with the material for this long, simply resigns his interest; not so much a recapitulation as simply a capitulation.

Weird though this conclusion may be (and, having listened to the piece numerous times, it still feels weird), it doesn’t change the fact that Daniel Kellogg’s exploration of Schubert’s material is, if not exactly deep, thoroughly entertaining nonetheless. At only fifteen minutes’ duration, it also feels a touch slight; but there’s substance here despite the brevity, and it’s never hurried, packing a lot into a quarter of an hour.