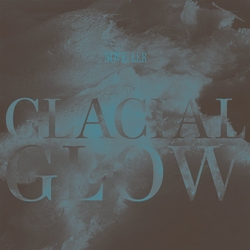 Since departing from rock outfit Parts & Labor in 2009, Sarah Lipstate has taken to exploring deeply experimental territory. Under the nom de guerre of Noveller, armed with only a guitar and the determination to subject it to all manner of treatments, she has spent the last couple of years establishing a unique sonic language. In some ways, the title of last year’s album Desert Fires seems an apt description of the kind of soundworld Lipstate creates in her music. From the outset, on 2009’s Paint on the Shadows, her music has often evoked wide, open spaces, although suggestive less of grandeur than the perspective of being alone in the midst of a vast environment. In every sense, Sarah Lipstate creates ‘wilderness music’ (think Gus Van Sant’s film Gerry and you’ll be in the right aesthetic area), combining a sensitive use of restrained dynamics with an impressive sense of patience, allowing her material time to move, rather than hurrying it from place to place. Sometimes this leads in the direction of drones; elsewhere, pulsating, angular shapes are made, like bizarre rock formations.

Her new album, Glacial Glow, finds her in a different kind of wilderness, but one no less austere. This is established right from the start, opening track ‘Entering’ splitting the guitar into two layers, one repeating a light arpeggio motif while the other is preoccupied with a violin-like wail; this is mildly unsettling, but the very narrow stereo field creates an uncomfortably claustrophobic effect. ‘Glacial Wave’ widens things, the continuing arpeggios and shifting chords suggesting Durutti Column, a suggestion emphasised further when the melody (at first distant, only briefly-glimpsed) pushes forward, laying its riffs bare.

When Lipstate moves away from delicacy, the results are usually pretty astringent, and Glacial Glow has its share of this. ‘Blue’ is the most striking example, a mesmerising track in which a small, fragile idea begins, circling, changeless. Abruptly, a rude, sharp pulse sets off over the top of it, answered by bursts of a distorted chord, eventually making the original material seem tiny and almost forgotten. ‘Resolutions’ is similar, the small idea here sounding like an idling computer singing to itself, while a guitar melody swings and surges in the middle-distance. The track is engaging but strange, and as a whole feels like an experiment in a lab.

As in her previous work, Sarah Lipstate broaches ideas gradually, resisting the urge to lunge forward. ‘Alone Star’ epitomises this, throughout sounding like an introduction, poised to launch into something else. Eventually it becomes clear that this track is all about drift and gesture, and that what appeared to be introductory is more substantial and significant than it seemed. It’s clear that Lipstate wants to keep her distance, or rather keep herself to herself, ploughing her furrow without being too concerned of anyone else. In ‘Tuesday before Poland’ she overlays assorted melodic strands, one made of arpeggios, another strummed, while others branch outwards, but their respective reverb serves to keep them far away from us, as though observed from behind glass (or should that be ice?).

The most curious track of all is ‘Waxwing’; having begun in a tortured display of faux-cello histrionics, grinding and keening, there’s a pause – and then, a glittering fabric of electronics as from a past time. Somewhat mollified, the faux-cello remains a lurking presence beneath these electronics, which develop into a complex network of interlocking sounds before glittering themselves to pieces. At the album’s conclusion, ‘Ends’, the spectre of Vini Reilly gently resurfaces. Delicious clouds of guitarwork slowly yield to the sound of the sea, and a pointillistic idea finally emerges, the guitar (sounding almost synthetic) placing points of melody that hang in the air.

On a first listening, some of these tracks may seem too aloof for their own good. But this is, paradoxically, what makes Noveller such a compelling project, that the music never for one moment seeks to garner praise or even gain attention. Glacial Glow doesn’t provide instant gratification, but instead it delivers other rewards, rewards that mean more and last much longer. On this album, Sarah Lipstate’s innate sense of direction is as strong as ever, and where she takes us is always fascinating.