Right, where were we? Saturday 3 September brought the last of the Proms’ Matinee concerts from the Cadogan Hall, each of which has featured contemporary music prominently. This final occasion was no exception, including works by Tippett and Sofia Gubaidulina, and presenting the first UK performance of John Tavener‘s Popule meus. The work bears a similarity to one of Tavener’s most well-known pieces, The Protecting Veil, also scored for solo cello and strings, augmented here by a prominent role for timpani; it was performed by the Britten Sinfonia conducted by David Hill, with the solo part taken by Natalie Clein. Tavener’s title, Popule meus (‘O my people’), is a reference to the Reproaches, one of the most poignant texts to be sung during Holy Week, in which God puts humanity on the spot about their wholesale rejection of Him. It takes place at a time of great solemnity on Good Friday, and becomes one of the most challenging moments in the Christian year. As such, it is in every way the complete opposite of Tavener’s piece, which strives for tragedy, but ends up merely tragic. 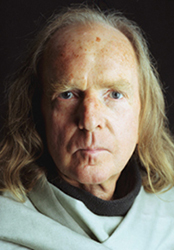 What we’re presented with is one of the most fantastically horrific demonstrations of pseudo-composition ever to be heard at the Proms, or indeed any concert. Scraping the absolute bottom of the creative barrel, Tavener bowdlerises his potentially deeply inspiring and thought-provoking subject—humanity’s struggle against its Creator—boiling down his music into a catalogue of bare, empty, cliché-ridden doggerel, in which dissonance and loud dynamics (given, you guessed it, to the timpani and lower strings) equal ‘nasty/scary/evil’, while soft neo-romantic pastiche (the cello, of course, and upper strings) naturally equate to ‘pleasant/compassionate/sacred’. From the pen of, say, a GCSE student, threadbare claptrap of this order might perhaps be forgiveable; but in a context such as this, served up with such sanctimonious piety, it’s hard to know whether to laugh out loud or just vomit.

Let’s be very clear about this, there’s no way the egregious qualities of this piece can be sublimated; it’s simple, yes—but this is absolutely no Christ-like simplicity; it’s childish—but absolutely not in the sense of those to whom “the kingdom of heaven belongs”; it’s traditional—but bears absolutely no relation or witness to that living, evolving, searching and ultimately radical religious tradition to which Tavener supposedly subscribes. Popule meus would be boring if wasn’t so utterly revolting.