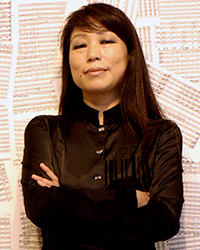 As as addendum to my coverage of last year’s Total Immersion Day devoted to Unsuk Chin (part 1, part 2), here is one of the few remaining pieces from that day, which was only broadcast a few weeks ago. Šu is a concerto for sheng and orchestra, the sheng being one of the most ancient traditional Chinese instruments, dating back over 3,000 years. Comprising a series of pipes played via a mouthpiece, its sound is something like a cross between a harmonica and an accordion; its appearance is like nothing else at all. Alongside the traditional instrument is a keyed version that enables fully chromatic tempered pitches, and it’s for this instrument that Chin composed Šu.

Šu is one of Chin’s most stubbornly enigmatic works; in both structural and material terms, it doesn’t so much develop as flex, passages of great delicacy repeatedly answered by more brutal outbursts. Wisely, Chin assigns the orchestra to a secondary role, allowing the sheng—an instrument that can barely muster a mezzo-forte—to act as both instigator and guide for proceedings. The ‘flexing’ i spoke of results in an episodic music, although Chin takes an audibly different approach in the two halves of the piece. The first comprises a series of short episodes, each growing out of quiet (but not settled) introspective passages led by the sheng, culminating in highly rhythmic eruptions in which the brass feature prominently. Pitch is paramount here, Chin founding these episodes on an assortment of deep drones, points of focus around which the surrounding textures drift and coalesce. Despite the outbursts, the music’s gossamer quality stands out most, including some fleeting moments of exquisite beauty, such as when the sheng duets with a solo violin. But while the sheng is undoubtedly gentle, it’s by no means genteel, and the second half of the work is a lengthy exploratory section—almost a “development” of sorts—all based around the sheng’s increasingly frenetic activity, bringing about a massive tutti climax. Pitch is now far less significant (or, at least, less prominent), supplanted by rhythmic momentum and wild polyphony. Book-ending the piece are an introduction and coda of real quietude, the sheng ebbing in and out of soft clusters at first, coloured by distant gongs and string murmurations at last.

The way Chin allows the orchestra to roil and vent without ever engulfing the sheng is impressive, and despite the obscurity of its narrative, the intricacy and subtlety that pervade Šu makes it a deeply beguiling listen. This performance, from last April’s Total Immersion Day at the Barbican, features Wu Wei on sheng with the BBC Symphony Orchestra, conducted by Ilan Volkov.

[…] in establishing intense, busy orchestral textures while not overpowering the soloist (bringing Unsuk Chin’s Šu to mind, a concerto with the same concern). The relationship between viola & orchestra in both […]