Last Saturday’s Proms matinee focused on a work created 60 years ago to mark the Queen’s coronation. Instigated by Benjamin Britten, he and five other composers each wrote a variation for string orchestra based on the Irish tune ‘Sellenger’s Round’; titled Variations on an Elizabethan Theme, the complete suite was given its first performance in June 1953 in a concert marking the coronation at that year’s Aldeburgh Festival. For last Saturday’s Proms performance, given by the English Chamber Orchestra conducted by Paul Watkins, the suite was expanded with two additional variations, composed by John Woolrich and Tansy Davies. 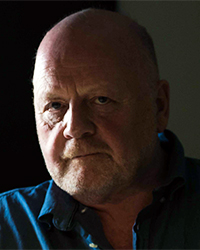 Taken as a whole, the suite has a tendency towards introspection. Not at first, though; both Imogen Holst’s arrangement of William Byrd’s harmonisation and the first variation by Arthur Oldham are upbeat and energetic, Holst stressing the tune’s dance origins, Oldham surrounding a lyrical violin solo with boistrous tuttis and whalloping cadences. Michael Tippett, drawing on additional material from Purcell’s aria ‘Ah, Belinda!’, tilts the mood into one full of mystery and restraint, a kind of processional led by a violin, with some telling sideways harmonic shifts that briefly bleach the colour from the music. Lennox Berkeley re-establishes the momentum, but illuminates the tune in a characteristically pantonal light, before stalling the tempo at the end, causing the suite to feel momentarily lost. Benjamin Britten’s variation is, surprisingly, the least inventive of them all, foraging for interest in a texture formed from canon and superimposition, while Humphrey Searle’s is arguably the most imaginative; Searle explores a slow, wistful take on the tune, reinventing it in a distant, searching context, moody and longing. 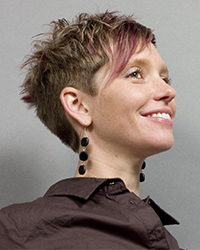 John Woolrich opts for overt, rich lyricism, impelled from below by powerful deep bass. There’s a somewhat conflicted character to Woolrich’s material which only makes it more interesting; faster episodes, exploring fragments from the tune, keep settling back into a more relaxed mood, by turns coerced on and then reined in. The first half of Tansy Davies’ variation contains some of the suite’s most engaging music, particularly its brisk opening, given bursts of energy from potent pizzicati, and the fascinating way she keeps subsequent material in the middle-distance, the melody only just protruding slightly from the texture around it. This texture then starts to radiate the melody, and it all becomes a series of strange, undulating lines, like wonderfully stylised trills. This would be the perfect moment to end, but unfortunately Davies doggedly keeps things going for several more minutes, most of which feel aimless, the music forced on against its will; it’s a shame as it tarnishes what could otherwise have been an outstanding variation. Drawing on his overture Portsmouth Point, William Walton’s closing variation revels in rapid fugato, its exuberance somewhat weakened by the fact that so much of Walton’s music sounds dated these days (it feels like the underscore to a light British film from the ’50s); the conclusion is expertly judged, though, sitting ‘Sellenger’s Round’ atop multiple dancing layers, echoing the opening with more hardcore cadences, bringing the suite to a close.