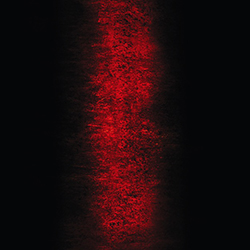 My favourite album of 2012, Kreng’s epic Works for Abattoir Fermé 2007–2011, dove into the deepest depths of doom-laden, gothic, dark ambient. It’s not going to find an equal any time soon, but there have been two albums this year that have come particularly close. The first is by Paul Jebanasam, a composer born in Sri Lanka & now based in Bristol. Jebanasam’s debut album Rites is like a five-part liturgy to an unknown god or force. It opens relatively accessibly, founded upon a rotating chord sequence, brooding, flecked with grime, clipped at its edges. But it floats into a cavernous space filled with ominous, resonant bangs, whereupon it becomes less mobile but also much more complex. Noise develops into a stronger presence, the music building very slowly, ordered by increasingly heavyweight pulses, both in the form of punching metal & jets of steam.

The central section is an interlude of sorts, restrained, static, pensive, yielding to a grinding overtone-ridden double bass, before the unflinching onslaught of the fourth movement, arising from a massive eruption underpinned by deep drum strikes. High above can be heard faint traces of melody (or at least pitch), & they persist into the final section, which is otherwise characterised by low rumbles, but accumulates more & more pitched material. It’s a cinematic coda, one that, despite bringing about the most clarified music in Rites, also heightens the sense of awe & dread that has been omnipresent but in more chaotic form earlier. The work doesn’t ask questions or provide answers, existing simply as a highly evocative, self-contextualising act of sonic ceremonial, every part of which—despite its ambiguities—carries the utmost importance. 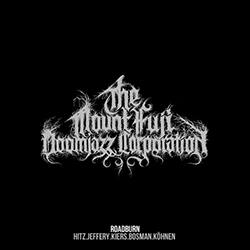 The second comes from an outfit that put out my favourite album of 2011, The Mount Fuji Doomjazz Corporation. Released in March, Roadburn documents a live performance the group gave at the 2012 Roadburn Festival in Tilburg. To a larger extent than in their previous work, the doom now considerably outweights the jazz, a progression from fin de siècle brooding to post-apocalyptic devastation. Melody, which has always played a significantly poignant role in TMFDC’s music, here becomes downright painful to hear, woefully frail within the dense, often relentless walls of noise that form Roadburn‘s blasted bedrock. Imagine Ad Reinhard’s black paintings texture-mapped over shards of glass rotating in deep space & you get some idea of the endlessness & remoteness of this music. When points of stability do emerge, they each progress like a grimy industrial cortège, like shuffling towards the edge of a cliff. i appreciate that these kinds of allusion may not seem like the typical language of recommendation, but Roadburn—like so much of TMFDC’s music—is blisteringly beautiful, offering what’s perhaps best described as ‘antijoy’. Throughout the first two movements (accounting for more than half the work’s duration) melody is allowed no inroads at all, amounting to nothing more than absent-minded murmuring & barely-glimpsed afterthought. It’s only with the third movement that the trombone manages to make its way to the surface, forcing a re-colouration of the music that, notwithstanding the noise & pounding pulse, bestows on this wasteland of sound a kind of grandeur, even majesty; not surprisingly, however, it’s neither subtle nor restrained, expanding the third movement into a drawn-out blare that’s positively riddled with emotional subtext. & in no time it’s gone, the short, closing fourth movement swollen from within by a churning fog, obliterating all trace of anything identifiable. Maybe there’s something optimistic in such a conclusion as this; melody is lost, but so are the badlands, swallowed up in an erasure that leaves both a musical & an emotional tabula rasa.

Both albums can be streamed below; Roadburn is available free of charge from the group’s Bandcamp site, & while you’re there be sure to check out their other releases, all of which are outstanding. Rites is available on CD & vinyl from Jebanasam’s label Subtext Recordings, & FLAC from Boomkat.

Hello, nice post (perhaps “nice” is not the most correct term). Do you know this one?: http://www.discogs.com/Rainforest-Spiritual-Enslavement-Black-Magic-Cannot-Cross-Water/release/4447729

[…] a new form of significance. Paul Jebanasam has channelled deeply into that most modern mindset; in my review of Rites a couple of months ago, i remarked how it is “like a five-part liturgy to an unknown […]