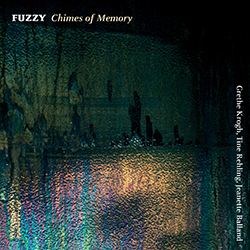 Have you heard of Fuzzy? No, i hadn’t either – so i was pleased to explore a new compilation of music by the enigmatically-monikered Danish composer (otherwise known as Jens Vilhelm Pedersen), recently released by DaCapo. Chimes of Memory presents five works, most of them pretty hefty and which together indicate a composer of diverse interests and decidedly playful outlook. Electronics feature prominently, yet the longest piece is his 30-minute Notre-Dame Trilogy for solo organ, completed in 2006. Fuzzy’s approach to the instrument is clearly rooted in the 20th century French organ tradition but this doesn’t so much fetter the music as provide a frame of reference for it to circle around, bash against and, occasionally, flee from. As such, although regimented within highly compartmentalised structures, Fuzzy’s irrepressible humour and sense of fun keeps the music from being all about an ongoing sense of formal interconnectedness. Put simply, intuition and whim seem to have led the way, and despite some lurches into quasi-Baroque figurations and one or two rather obvious melodic homages to Dupré and Tournemire, Fuzzy more than stamps his own mark on this most unwieldy of instruments, only occasionally using it at full blast. Electronics are clearly close to Fuzzy’s heart, though, often evocative to the point of resembling TV/movie soundtracks. In a piece like B-Movies, for harp and electronics, it’s quite deliberate, the soloist acting as a foil to the electronic scene-shifting around it. But Tre tilbageblik for bass saxophone and electronics clarifies that a dramatic sensibility—and a highly accessible one at that—is an essential part of Fuzzy’s language. The outer of the three movements, although rapid and forceful, avoid regularity (and post-minimal cliché) by having the electronics continually going off on a new tack, separating from the sax in the process. The central movement goes somewhere completely different: a meanderment of analogue synth lines (redolent of Vangelis) and female vocalises that eventually inspire the sax to launch into a gorgeously soulful, melancholic music heavily in the vein of Angelo Badalamenti’s score for Twin Peaks. 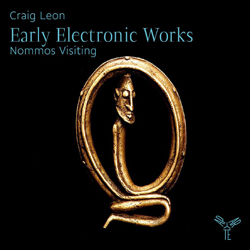 Also steeped in analogue synthwork is the newly-reissued edition of Craig Leon‘s Early Electronic Works, which finally—after more than 30 years—unites his Nommos and Visiting cycles, originally released separately but always intended to be heard together. Better known in many quarters due to his extensive work as a producer, Leon’s compositional voice is a curious one, governed in roughly equal parts by a predilection for drones, rhythmic loops and extra-musical associations garnered from speculative indigenous belief systems and folk science. This combination of elements is used by Leon to create a sequence of pieces that embody the idea of dance as a heightened ritual act. Despite being electronic, Leon’s drones are sufficiently neutral, timbrally speaking, that the percussive elements stand out markedly in relief, due to being both metallic and obviously synthetic. Their crude nature instantly brings to mind the more primitive origins of electronica; ‘Region of fleeing citizens’, for example, is a dead ringer (borderline pastiche, in fact) for Kraftwerk circa Ralf and Florian. 73 minutes of this feel a tad overlong—all 11 pieces that comprise the two cycles fundamentally operate in the same way with modest stylistic and temporal alterations—but Leon’s sense of compositional/timbral/dramatic balance is strong, and the overall atmosphere he creates is convincing and palpable. 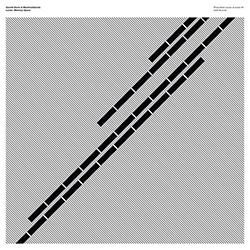 Those two epithets apply just as strongly to the new album from clarinettist Gareth Davis and Machinefabriek (Dutch musician Rutger Zuydervelt), the first in a new series of releases curated by Davis—titled ‘Prescribed Course of Action’—on the Austrian experimental label GODrecords. The album features two renditions of one of Alvin Lucier’s most well-known works, Memory Space, which is performed thusly:

Go to outside environments (urban, rural, hostile, benign) and record by any means (memory, written notations, tape recordings) the sound situations of those environments. Returning to an inside performance space at any later time, re-create, solely by means of your voices and instruments and with the aid of your memory devices (without additions, deletions, improvisation, interpretation) those outside sound situations.

Last year, Davis explored the piece as a member of MAZE ensemble; that version was exhilarating and heavyweight, lasting a full hour, but what makes this new pair of shorter versions (each 20 minutes) even more engaging is that they’re the latest document in Davis and Zuydervelt’s long-standing collaboration, which over the last few years has produced some heart-stoppingly brilliant and immersive music. These performances originated in the Czech Republic; the first, from Ostrava, begins with a polarisation of barely-audible key tappings against a recorded voice. But it doesn’t take long for the bass clarinet to morph into something meta (Davis’ uncanny ability to do this pervades much of his output), melding into Zuydervelt’s field recordings and deep throbs. Indeed, many’s the time the roles seem reversed, the clarinet appearing almost synthetic beside the raw clarity of the recordings. Speaking of which, Zuydervelt’s manipulation of these recordings is often truly spectacular; at the conclusion of the Ostrava version he moves from lowercase noises that barely tickle the tweeters to a juddering overload burying the clarinet in wave after wave of bass and static. The second version, from Krakow, is more abstract, preoccupied by a threatening canvas of muted rumble; but Davis covers this canvas with a marvellous catalogue of sheer melodic shapes, slaps and spits so fierce they make one wince, alongside growls and whispers suggestive of an untamed beast, the pair this time heading for a conclusion in the form of a kind of distorted crunch. Both individually and in collaboration, it’s a hypnotic display of virtuosity, as well as being yet another reminder of how timeless is Lucier’s conceptual music. The next release in the series will feature music by Peter Ablinger; one can hardly wait. Davis tells me that Lucier: Memory Space is due for vinyl-only release imminently; details can be found here, and in the meantime an excerpt can be streamed below. 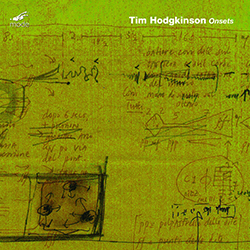 Just last week, HCMF announced that legendary avant-rock band Henry Cow would be reforming for this year’s festival. It’s nice timing, then, that one of the band’s founding members, Tim Hodgkinson, is represented on a new CD of his ensemble music on the excellent Mode label, titled Onsets. i can honestly say i haven’t heard anything as startlingly original as these five pieces in quite some time, and in a way it feels as though i’ve only begun to scratch the surface of them. But what a surface! Hodgkinson’s textures are fiercely elemental, coalescing in and out of gestural outbursts. In Ulaarar, they contribute to a pervading undercurrent of violent aggression, exploding as pitches that are first focused upon and then massively iterated, loud and often. By contrast in Amhas/Nirriti, in conjunction with electronic sound the instrumental textures form a dense amorphous fog, acting in stark contrast to the diverse soloistic episodes with which it alternates. Most striking of all, though, is Attaot, a piece seeking to evoke “virtual space-time continua that have a transformative movement of their own irrespective of the material used to evoke them”. Here, textures evolve and interweave with great subtlety, formed from tappings over a static sound field, from an agglomeration of embouchure noises (with and without pitch), and from acoustic sounds treated and assembled into amazing electronic outbursts that interact seamlessly with the ensemble. Passing through passages of pure euphoria &, later, hinting at a leftfield kind of ritual, Attaot perhaps epitomises the astonishing unchecked invention on display in all five works on this disc. Anyone doubting the capacity for originality in contemporary music should spend time with Tim Hodgkinson’s music and hear what’s actually possible. Outstanding.