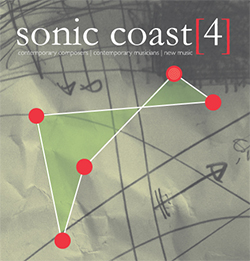 An event i unconscionably failed to mention in my recent gig article is the latest DIVAContemporary concert, taking place this Saturday, 22 November, at Weymouth College’s Bay Theatre, on the south Dorset coast. These concerts are curated by one of the UK’s most ceaselessly energetic and imaginative composers, Marc Yeats, on this occasion featuring flautist Carla Rees, oboist Paul Goodey and clarinettist Sarah Watts. They’ll be performing music by established figures, Salvatore Sciarrino, Elliott Carter and Violeta Dinescu, alongside works by Yeats and a variety of younger composers selected for the concert series, including Richard Stanbrook, Benjamin Graves, Aaron Holloway-Nahum and Mic Spencer, as well as myself: my work for solo flute, ‘unredeemed’ self-) portrait(in the form of an eagle, one of the pieces to have emerged from my ongoing PhD composition studies, will be receiving its world première.

This concert series has the added bonus of being streamed live over the internet, so if you can’t attend (as i can’t, being nearly 300 miles away in Huddersfield at the time), you can at least be there in spirit. Full information here.