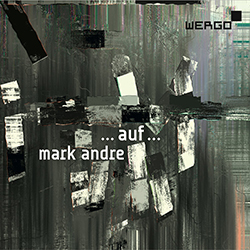 If there’s one thing that many of the more interesting new releases i’ve heard have in common, it’s doing new and unusual things with conventional sounds, objects and forms. To this end, the most impressive disc of orchestral music I’ve encountered recently is Mark Andre‘s … auf … (Wergo). There’s actually something rather brazen about the piece, Andre rooting it in what is essentially a language of gesture. There aren’t many of them either: huge tutti accents, loud crescendo chords, gentle sustained pitches and extremely soft percussive textures comprise pretty much everything that we hear. Andre makes them the poles of an intense drama played out (in three pieces, both independent and parts of a trilogy) for over an hour, yet which never for a moment seems to tread water. Which isn’t to suggest that it’s relentless; on the contrary, a great deal of the tension arises from protracted periods of semi-stasis; for some composers these would be times of repose, but in … auf … the orchestra feels poised; energy and activity are implicit everywhere. Furthermore, the accents—which, due both to the actual dynamic but also to their contextual contrast, are on occasions exceptionally loud (the hammer blows of Mahler 6 meet the opening of Mahler 1)—do nothing whatsoever to dispel or release this pent-up energy, if anything injecting still more, acts of blunt force provocation like a boxer hitting their own face before a fight. Andre moves back and forth between these gestural poles in a way that sounds inherently chaotic yet—Takemitsu-like—each step forward is entirely convincing.

Only in the work’s absolutely quietest moments does it feel as though something approximating rest is being achieved; Andre creates real magic here, infinitesimal veils of whistles and whispers, spiralling glissandi and animalistic tapping (lightly expanded in the final movement with live electronics), often at the cusp of audibility. Really amazing music. 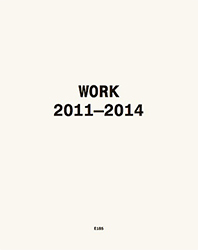 Amazement is a word that also seems fitting for John Wall‘s collaborations with Alex Rodgers, the latest of which, Work 2011–2014, is now out on Entr’acte. A single piece lasting 27½ minutes, it establishes a profoundly intimate sensibility at the outset, Rodgers’ words practically being spoken directly into one’s mind. The context Wall fashions for them is typically restrained, soft and low but full of impact, his electronic sounds projected into high and low bandwidths more than anywhere else. When he’s manipulating materials like this, the results are simply beautiful, but when he pushes them outward, lets them grow, sharpens their edges, it’s just heart-stopping. The nature of the interaction between Wall and Rodgers, as it was in their previous collaboration Work 2006–2011 (which, having been out of print for some years, has happily now been re-released) is deeply enigmatic; Rodgers is often low in the mix, audible but not intelligible, and when he is suddenly exposed, his stream of consciousness—kind of like Tourette poetry—feels urgent, insistent, all the more so for being constantly tinged with fiery emotional subtext. It’s a paradox that continues even when the text is delivered by an entirely synthetic voice, its vicious expletive-strewn phrases like robotic piranha in a viscous sonic ooze. The diverse means of expression demonstrated here are disconcertingly imaginative, almost intimidating so; Wall has an innate sense of shaping music that’s simultaneously abstract yet capable of sledgehammer-like emotive blows. The closing gambit, in which Rodgers voice somehow becomes embedded within Walls’ materials, is utterly remarkable. 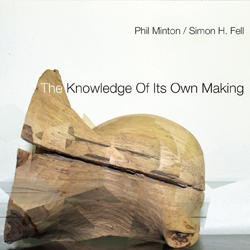 If you were to take Wall and Rodgers’ relationship and subject it to inhuman levels of stress and strain, the result might well resemble the audacious overload exhibited on the most recent release from Huddersfield Contemporary Records, Phil Minton and Simon H. Fell‘s The Knowledge Of Its Own Making. In contrast to John Wall’s self-professed “severe editing” approach, Minton (voice) and Fell (double bass) improvise such that the form and content are not, for the most part, predetermined, instead composed in real-time drawing on, in Fell’s words, their “considerable individual vocabularies and structuring strategies to spontaneously produce unforeseen and unrepeatable constellations of sound with a malleable yet form-aware structure”. The relationship between voice and double bass is complex and subject to change; in the main work on the disc, Knotted Properties, they’re initially impossible to separate, insofar as they seem to embody dual aspects of a single entity, Minton’s whistles and breaths melding into Fell’s glistening, harmonic-strewn tremolandi (oftentimes they don’t even sound acoustic, the strangeness of their combined timbres resembling an electroacoustic soundworld). But this intimately connected interplay is soon questioned when the voice becomes increasingly constricted, as though Minton were struggling to communicate through vocal cords pulled taut. Thenceforth, the duo’s entire relationship is deeply fascinating and full of the most engrossing drama. Summarising it here in no way does justice to the work’s cutting-edge display of improvisational imagination and virtuosity; it is literally breathtaking, and by the end one feels almost as exhausted as Fell and Minton must have been. It’s unfortunate and unnecessary that an additional five-minute piece has been tagged on the end of the disc; in the wake of what came before, it just doesn’t work; my advice is to ignore it, Knotted Properties is far and away sufficient a masterpiece by itself. 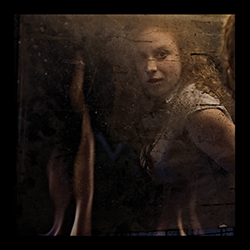 Music of an altogether different order comes in the form of The Summoner, the latest album from Kreng (out on Miasmah), whose astonishing Works For Abattoir Fermé 2007–2011 topped my Best Albums of 2012 list. While The Summoner steps back from the overt theatricality of that previous release, it’s a veritable showcase of imposing atmospherics, opening in a place that’s characteristic of Kreng, not so much beginning as emerging, as though it was becoming visible as our eyes adjust to the darkness. All six parts of the album take place within gloom-ridden spaces—not inappropriately, considering The Summoner is exploring stages of grieving—and display the kind of structural instability one might well associate with emotional distress. ‘Denial’ is equivocal until an unexpected fortissimo lashing-out by an ensemble of 12 strings, which one might expect to be immediately continued in the second part, ‘Anger’. However, Kreng makes it all the more troubling by reverting to the opposite, space full of a soft hollowness, sounds occurring at a distance, unidentifiable and unknowable. This challenging and deliberately counterintuitive approach to the expression of emotional states is what makes the The Summoner so profoundly engaging, and so profound. It simply feels very, very real. From nothing, crescendos expand and roar—and then just stop; intricate textures fashioned from individual tapping sounds congeal into droning sticky substances; muted rhythms resemble a funeral cortège turning in a circle; the trappings of shoegaze indulge a soporific kind of numbness. All of these acts and actions feel simultaneously arbitrary yet utterly necessary. Grief is precisely like this, and the occasions when Kreng suddenly focuses everything—as in a sequence of intoning brass chords in part 4, ‘Depression’—the pain beneath the music is all too apparent.

[…] brass chords in part 4, ‘Depression’—the pain beneath the music is all too apparent.” (reviewed in March) […]