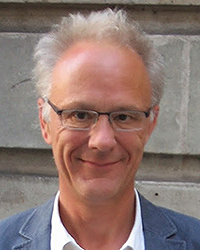 A piece that’s been quietly beguiling me of late is Accurate Placement, by the Swiss composer Jürg Frey. A 16-minute work for solo double bass, it received its first performance last November, at one of the few HCMF concerts i didn’t get to. As my articles from that time will have made clear, my response to Frey’s work was, in hindsight, stimulatingly problematic and inconsistent, oscillating wildly between frustration and elation at its differing hues of diffident certitude. Accurate Placement falls somewhere right of centre on this continuum.

Frey’s materials and manner are typically minimalistic: vague murmurings executed col legno tratto (bowing with the wood of the bow instead of the hair), repeated pitches, sometimes in the form of harmonics, that occasionally opt for some step-wise movement, and pizzicato notes. This slender palette becomes the basis for a form of utterance that falls somewhere between a litany and a psalm. It’s tempting to hear the faint flutterings with which the piece begins as pre-musical preparation, soft breaths in readiness for the act about to take place. It’s equally tempting to hear what follows as exercises in mere repetition, but each successive note declares an unequivocal uniqueness, despite the fact that its pitch, duration, articulation and dynamic are infinitesimally distinct and different from its neighbours. Here, though, the infinitesimal starts to sound very big indeed. Just how big can be heard in a sequence of reiterated low notes that resound like blasts from some ancient reed instrument, bespeaking a broadness of ritual solemnity that’s all-consuming yet never claustrophobic. Further sequences lead to a descending scale, and thence to harmonics, giving the impression that the double bass is slowly finding a way to tap into ever wider extremes of register. Pizzicato notes–fearsome blunt stabs in the darkness–herald a shift that leads to a more rapid and complex juxtaposition of these elements, but which is given balance through drawn-out hints of an almost plausible plagal cadence, forming a gossamer ‘amen’ for an inscrutable, wordless supplication.