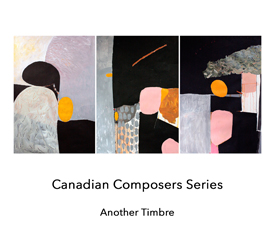 Among the most interesting releases to have come out in the opening months of this year are the first five discs in Another Timbre‘s Canadian Composers Series. It’s an ambitious project that seeks to provide an overview of, if not the entirety of contemporary Canadian compositional thought (which is hugely diverse), then at least some of its more contemplative protagonists. The five composers featured on these discs – Martin Arnold, Isaiah Ceccarelli, Marc Sabat, Linda Catlin Smith and Chiyoko Szlavnics – in some respects have a great deal in common, though it would be pushing it to think of them as musically ‘related’. If anything can be said to typify them all, in addition to the contemplative aspect i mentioned, it’s a certain type of intensity that, whether preoccupied with carefully-managed processes or a more free-form arrangement of materials, seems utterly focused to the exclusion of all else. These are composers who gaze fixedly at their ideas in a way that makes a very deep impression and in its own way leads to a distinct kind of quiet provocation. 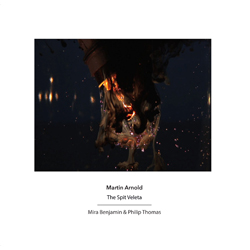 For Martin Arnold, that provocation arises out of what he describes in his music as its “formlessness”. Making sense – formal, harmonic, melodic, rhythmic, aesthetic – of the three works on his disc is an engaging challenge. i love Arnold’s summary of his work as “slack, meandering, psychedelic and, even at its most ponderously enervated, dance music.” There’s a great deal of truth in those words. Philip Thomas’ rendition of Arnold’s 2012 piano piece Points & Waltzes both grapples and playfully toys with the work’s never-ending melodic impulse. Based around the middle of the instrument, an upper voice provides something that one could just about call a countermelody, its notes sometimes so isolated that their connectivity is questioned. Slip Minuet for solo violin (played by Mira Benjamin) is similarly melody-obsessed, here resembling a seriously slowed-down dance, retaining something of the energy of the ‘full speed’ version but also sounding slightly unreal due to the rhythmic incontinuity brought about by its tempo, which also heightens a sense of repetition in certain harmonic progressions and rhythmic cells. Both pieces exhibit a curiously uncanny quality emanating from their unstoppability, something that finds a kind of synthesis in the duet title work, piano and violin now collaborating in music that displays an insatiable melodic instinct while again challenging its horizontal integrity.

All three pieces experience a mid-point tilt on their axis. Points & Waltzes abruptly finds itself in a weirdly engrossing place of low register vagueness, every now and then clarified with triadic focus, bringing both Messiaen and Finnissy to mind; Slip Minuet splinters into pizzicati, losing its rhythmic sense almost entirely, sounding heavily filtered to the point that the music even feels rather alien. The Spit Veleta turns the tables on the other two works, challenging points of continuity by greatly stretching them with long suspended notes/chords. i have to say i found the push and pull of this connective plausibility in all three pieces to be very stimulating, and in the case of this last piece, the inscrutable beauty of its latter half is a genuine wonder to behold. 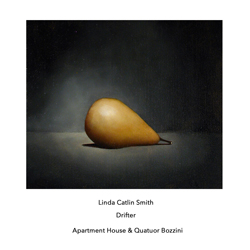 The ten works contained on the double-album devoted to Linda Catlin Smith‘s music – performed by Apartment House and the Bozzini Quartet – display a similarly beautiful, usually folk-infused, countenance. That being said, some of them are tougher nuts to crack. Both the 2013 Cantilena for viola and vibraphone and 2010’s Far From Shore for piano trio pose similar questions of connectivity to Arnold. The relationship between the parts in these pieces is often hard to define, gently massaged between tenuousness and credibility; again, there’s engagement to be found in this tension, though Smith’s soundworld is sometimes sufficiently aloof (though a better word might be introspective) that it can feel a touch alienating. Galanthus for solo violin is similar in this respect, not unattractive but hard to penetrate, whereas her 1999 string quartet Folkestone, while passing through periods of detachment also alights on some lovely episodes of waxing and waning counterpoint, its fragility countered by the unity displayed by the quartet as a whole.

More potent by far is Smith’s short solo piano piece Poire, all the more striking for its entire focus on assertive monody, notes occasionally (gently) reinforced with octave doublings. A charming piece, that’s only bettered by the astonishing, insistent atmosphere of Moi Qui Tremblais, where low moody piano chords are softly pummelled and splashed by a bass drum and cymbal in conjunction with drawn-out streaks of violin pitch. It’s impossible not to be pulled deeply into its immersive, all-enveloping soundworld. 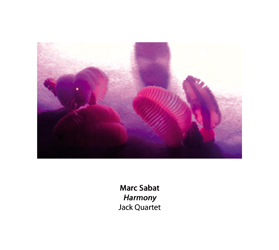 Harmony, the disc focusing on music by Marc Sabat – performed by the Jack Quartet – is well-named. His work emerges from the juxtaposition, superimposition and general mingling of pitches so as to both explore and question conventions of intervallic relationship, complicated by Sabat’s habitual use of just intonation. The five parts of Euler Lattice Spirals Scenery don’t so much develop as undergo a creeping evolution, encountering and becoming fixated on certain notes, though often these turn out to be new tonal centres that subsequently alter one’s perception of the music’s harmonic foundation. In the opening Preludio, these ‘tonics’ act akin to ‘shelves’ that the music can sit on for a while, while the two Pythagorus Drawings explore the effect of hocketed accents around similarly continually shifting tonalities.

The pair of Harmoniums, one for Claude Vivier, the other for Ben Johnston, are more demonstrative. The former features a melody seemingly trying to break out from within shafts of tilting harmonic tangents, becoming a kind of ‘harmonic melody’, articulatory fragile but projected strongly, with confidence; even more paradoxical, it becomes rhythmically vigorous yet attaining ethereality, the music less ‘real’, somewhat ghostly, before culminating in a convoluted, multi-layered hymn. The latter Harmonium is melancholic, with something akin to John Dowland lurking beneath the surface; it brings to mind some of Thomas Adès’ (better) music, feeling distinctly ‘guided’ by a kind of unheard éminence grise determining the musical material. As time goes on, it feels very much as though the piece is wrangling with this pre-existing material, though Sabat keeps this sufficiently at a distance that it could all potentially be just an illusion. While the four sections of Jean-Philippe Rameau are harder going, the continuous harmonic movement having a more arbitrary nature, Sabat’s 2008 work for violin and cello, Claudius Ptolemy, is excellent, occupied with a simpler, quasi-diatonic palette that prefigures the Harmonium for Claude Vivier by being a cross between a melody and a chord progression; its alternations between clean intervals and buzzing dissonances create an engaging dialogue, and the possibly cyclic nature of the material keeps one guessing. 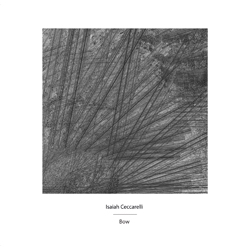 First impressions often turn out to be mistaken in the music of Isaiah Ceccarelli, represented by seven recent pieces (2014–15) on his disc. Saint-Ursule #11 for organetto and percussion displays another angle on apparent disconnectedness, the two parts initially seeming entirely individual, performing side by side but otherwise remote, but as it progresses one becomes convinced it’s actually a dialogue, and maybe even two facets of a single musical voice. Falsobordone, on the other hand, initially seems to have a drone-like harmonic sense, but this is revealed to be a slow-moving progression (albeit one that doesn’t really want to progress), inching itself along. Ceccarelli composes some of the most dense music heard on these five discs. Oslo Harmonies, divided into two parts, is filled with compacted sound, the first part (for violin, reed organ and percussion) a pause-less chord that moves through marvellous colours, at the same time flitting between harmonic clarity and obscurity, to hypnotic effect; it’s as though ‘clearer’ chords were trying to break through to the surface, another probably illusory effect.

The second part (minus the organ) is filled with far more pale, wan material; yet another example of questionable connectivity, the two instruments gradually make contact apparent but while the musical elements become clearer their direction and the nature of the interaction seems more vague (another nice paradox). Every instance of boldness is qualified in this way, ultimately ending in a place of fragility, the weakness of its sounds inversely proportional to how arresting they are. Sainte-Ursule #2 is the standout work on this disc, a mid-register shimmering cluster from the organetto impinged upon by the percussion in the form of soft bowed and struck sounds, causing the cluster to alter. It’s an extremely dreamy piece, floating in its own little world, as though it were taking place within a snowglobe. 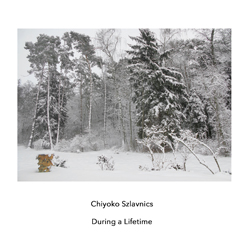 To my mind the most striking of these five remarkable discs is the one featuring three works by Chiyoko Szlavnics. i reviewed the title work, During a Lifetime, at its UK première at HCMF 2015, and Konus Quartett’s recording of the piece is just as dazzling. Szlavnics arranges the juddering, shimmering and rippling clusters such that each undergoes the same envelope: fading in, hovering for a time in a throbbing quasi-stasis, then fading out. It later becomes more complex, particularly around halfway through, leading to gorgeously rich agglomerations of close-proximity pitch, and later still pauses feel deliberate in a sense of preparing for what’s to follow. This nicely breaks up the organic, almost entirely electronic sound of the first half of the work, emphasising that there are, in fact, four saxophones present, despite aural appearances to the contrary. The conclusion, now sounding akin to bells, is simply amazing. Szlavnics’ 2008 work Freehand Poiras for two violins and cello at first sets up plaintive compound minor thirds, to which an extra note is added, with a propensity to sag and slide, causing triads that vary in their nature. Some are more static, with slight clustered shimmering, and there’s more emphasis here on near-unisons (around halfway through all three players are almost in octaves). It may prove a little too detached for some, but the piece ultimately inhabits a cool stillness, its harmonies as bleached as the snow white image on the album’s artwork.

Composed in 2006, Reservoir for eight players and sine waves is a relatively early work, but easily one of her best. Small clusters become ‘fleshed out’ by the ensemble, turning into extremely complex chords, and with a highly unpredictable, intuitive sense of development. Along the way, it compresses into a high register cluster, expands into a choir of seemingly vast bowed wine glasses, comes to resemble a subdued squeezebox, culminating at its centre in a wondrous climax that sounds genuinely massive, as though it might be swirling around at immense speed. What follows is breathtaking, developing around central clusters, essentially the core of the music, establishing a real sense of perspective: surface elements moving and interacting on and/or above (even embedded within) this cluster-core. Whereupon an entirely unexpected pause ushers in a soft, small extended coda focusing on more clear collections of pitches nestling alongside each other. Ravishingly beautiful.

Another Timbre really has outdone itself with this outstandingly impressive collection of discs. Each album feels like a highly concentrated dose of its composer’s output, providing both a fabulous introduction and opportunity to dive deeply into their respective musical approaches, which, as i said, while technically unrelated have a great deal in common in terms of their aesthetic outlook. One awaits the next set of discs, coming out later in the year, with bated breath.

In the meantime, these discs are available directly from the Another Timbre website, for the paltry sum of just £40 for all five, which includes an invaluable 116-page book containing in-depth interviews with the composers (including the ones featured on the next five discs). And on top of that, Another Timbre is having a three-day concert residency at Café Oto early next month, featuring music by all these composers. Full details here.