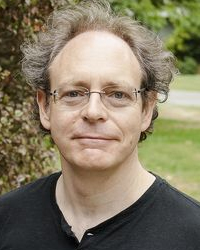 Delving into the very deepest recesses of the 5:4 archive, another première performance i’ve been enjoying recently is by British-born, New Zealand-based composer James Gardner. His Ten Bells for Turning Forty for clarinet and percussion dates as far back as 2001, composed as a 40th birthday present for clarinettist Andrew Sparling, who with Julian Warburton gave the first performance the following year at a concert by Ensemble Exposé (remember them?) as part of the Cutting Edge weekend given at the BMIC (remember that?).

The way the piece is performed brings to mind another work for clarinet, Boulez’ Domaines, involving an unspecified order in which fragments of music are to be played. Unlike Domaines, not all of the material needs to be performed; from a total of 22 fragments, the clarinettist selects ten (chosen according to Gardner’s carefully prescribed rules) that are then almost entirely left up to the player to determine their order. The content of these fragments varies wildly (one of them is shown below; it occurs in the performance at 0:46) and choice of clarinet(s) is left up to the performer too, though they’re encouraged to use several “to increase timbral variety”. The percussionist uses tubular bells and three drums, small, medium and large, and their part, also comprising ten fragments, is not indeterminate but performed according to a fixed, specified order. The clarinettist is also instructed to perform at up to four different positions, selected “via chance operations of the player’s devising”.

The result, whether or not one knows about the rules of the game in advance, sounds convincingly pre-composed, with little obvious evidence of being subject to partial indeterminacy. The relationship between clarinet and percussion is a close one: though they appear to be separate musical entities just happening to occupy a single space, each clarinet phrase – sometimes delayed due to the player moving around the space – strictly coincides with a tubular bell strike. These bell pitches (all different: E-C-G-G♯-D-F♯-C♯-F-B-B♭) provide not so much a pitch centre for the clarinet’s music as a context within or beside which it plays out; sometimes it’s reinforced by the clarinet, but elsewhere the two feel entirely unrelated. It’s not always easy to hear each of these pitches in relation to the preceding one, but they’re clearly governed by the intervals of a semitone, major third, perfect fourth and tritone. The clarinet’s material veers between frantic gestural bursts, displays of almost posturing athleticism – bouncing and rebounding off grace notes – and, particularly striking, passages where the instrument becomes altogether more subdued and withdrawn, exploring tenebral lyricism occasionally coloured with fluttering and multiphonics. The percussion part is almost cryptic: for the first six sections it consists of just these aforementioned single bell notes; whereupon the final four sections are positively cadenza-like, erupting in dry outpourings of detail that at times overwhelm the clarinet part; its final section pulls back, as though the drums have been partially muted.

It’s a thoroughly engaging piece that, even as these questions about relationships and connection between material and players keep forming in the mind, manages at the same time to be enjoyed as a quirky slice of pure fun.

‘Ten Bells for Turning Forty’ was written as a fortieth birthday present for Andrew Sparling, whose playing I have enjoyed and admired since I first heard him perform at Huddersfield in 1992. The ‘Ten Bells’ of the title, represented in a crassly literal-minded way in the performance, is a pub on the corner of Commercial Street and Fournier Street, where Andrew’s birthday gathering was to have taken place. The clarinet music consists of ten gestures which are chosen by the player from a repository of twenty-two variants of seven basic types (“tropes”) given in the score, according to a strict set of rules. The percussionist has ten fixed tropes, the first six consisting of a single bell strike. The piece is conceived as a sort of enigmatic game or ritual, with the players obeying arcane rules.
— James Gardner