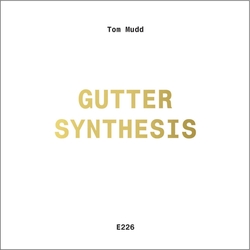 Another recent release from the Entr’acte label that’s been intriguing me lately is Gutter Synthesis by British electronic experimentalist Tom Mudd. The six tracks on the album are divided between three Gutter Synthesis pieces and three Gutter Organ pieces, all of which were composed using Mudd’s own software, created specifically for this project.

The Gutter Synthesis tracks are, in general, more austere and meandering. The first features an interesting interplay between a low drone and varying quantities of shifting surface jitter and squeal, highly metallic in character and punctuated by occasional sonic punches. The second, more engagingly, presents a seemingly self-contained computer process, as though the machine were turning over ideas, examining them and juxtaposing them, in the process forming a vague notion of pulse. Metallic timbres are the focus here too, made more challenging due to the piercing intensity they develop later on. In Gutter Synthesis 3 we hear an apparently arbitrary procession of sound objects, some low and gritty, others high and pure. In some respects this track is a paradigm of the album as a whole, inasmuch as it benefits considerably from repeated listenings, the process of which diminishes the pervading austerity and brings clarity (or, at least, familiarity, which can be the same thing) to the strange narrative in this and all the other tracks, such that they become increasingly compelling.

The three Gutter Organ pieces, as their name suggests, put much greater emphasis on pitch and have a more relaxed demeanour. Despite that name, though, the first of them isn’t initially particularly organ-like, occupied with granular layers of quasi-metallic odds and ends; only later, when it develops into a throbby drone, does the notion of an organ seem plausible. More telling, and for me the best tracks on the album, are the second and third pieces. Gutter Organ 2 features soft, flute-like pitches cycling and overlapping each other in a kind of floating stasis. Lovely instances of judder and shimmer result from this, even more so when the notes become microtonal around halfway through, leading to more complex beat patterns. Gutter Organ 3 is the longest track (nearly 15 minutes), and is therefore able to present a larger-scale, more variegated structure. Initially polarised – low drones and high, tinnitus-inducing notes – the piece breaks down into a lovely sequence of surging and spasming fragments, as if the stops and keys on an organ were being pulled out and pressed at random. Mudd calms it all down through a central episode that seems static but isn’t at all, before breaking things down a second time into halting, semi-pulsed blips and screeches (bringing to mind the evolutionary quality of Autechre), underpinned by growling bass surges. This is magnificent enough, but the ending is triumphant, all the musical elements suddenly becoming suspended and transfixed, as if captivated by some hidden force, ending the album in an unexpected burst of ecstasy.

The CD edition of Gutter Synthesis is already sold out, but it’s available as a digital download directly from Tom Mudd. More information about the album, including a short introductory text by John Wall, can be found on the Entr’acte website, where you can also download Mudd’s software. 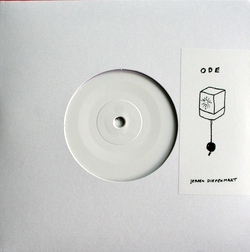 Intriguing for different reasons – as well as being the most miniature thing i’ve been sent in a long time – is Ode by Dutch composer Jeroen Diepenmaat. The work is connected to an installation Diepenmaat made for the Tweetakt Festival in Utrecht last month. A relatively simple exercise in assembled music boxes, it’s presented on Ode in three versions. The second of them, trek, is a ‘clean’ version of the piece, in which the 18 music boxes are quickly wound up one after the other, producing an amazing chorus of the same tune that acts to ‘distil’ it in such a way that it becomes a cycling, clustered mobile of its pitches, clarified as each one drops out until only one remains. In the live version, ode at Tweetakt, the tune is different and Diepenmaat takes his time over it a little more, but that interesting ‘distillation’ effect (not unlike the strange waves of distilled sound that occur in Steve Reich’s early tape pieces) occurs again, albeit in a slightly more halting way. Personally, i find the opening track, min, to be even more engaging, where a single music box cycles round its sweet little tune with notes dropping out each time. It’s especially impressive how there’s no audible sign of human interference, so the cumulative effect is of the box itself seemingly forgetting its own melody, becoming a beautiful and surprisingly poignant study.

Ode is available in two limited vinyl editions – one featuring an actual music box attached to the cover – as well as a digital download, all available from Jeroen Diepenmaat’s Bandcamp site.

[…] by some hidden force, ending the album in an unexpected burst of ecstasy.” (reviewed in June) […]