Two of the smallest of this year’s new works were given their first performances in a recital at Cadogan Hall on 6 August by mezzo-soprano Sarah Connolly and pianist Joseph Middleton. The concert had themes of sleep (and the lack of it), dreams and lullabies running through it, explored primarily in 20th century music by the likes of Howells, Britten, Stanford, Holst and their ilk (all of whom had associations with the Royal College of Music), with the new works by Australian composer Lisa Illean and Mark-Anthony Turnage. 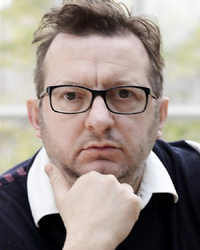 Turnage’s two-minute setting of Stevie Smith‘s poem Farewell projects a tone that might best be described as contented resignation. Though Turnage keeps the tone of the music soft and intimate, there’s actually something transcendent about it, the words coming from a liminal point between here and the hereafter. Like the character of the Pilgrim at the conclusion of Dante’s The Divine Comedy, the piece is a final looking back, quietly reflecting and celebrating past enjoyments, flora, fauna and friends. The pace picks up somewhat when bidding farewell to the animals, but pulls back, the melodic line falling, in apparent awe at the universe. Underlining the work’s imminent transcendence, Turnage tilts the music in the final stanza as the voice, now finally relaxed (relieved?), turns to face the eternal future to the sound of tinkling bells. A simple setting, but very effective. 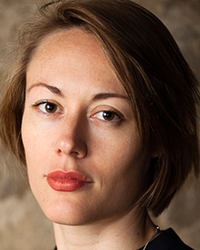 While the singer in Turnage’s song is caught between life and afterlife, in Lisa Illean’s Sleeplessness … Sails they’re in a similarly in-between situation, at the cusp of being awake and asleep. The words come from a text by Russian poet Osip Mandelstam, depicting an insomniac’s half-dream half-vision alluding to Homer and ancient Greek ships sailing over a black sea like a herd of cranes. Illean’s setting is both figuratively and literally nocturnal, impressionistic and whoozy, in character very obviously the product of a mind befuddled yet bursting with imagination. One of the most telling things about Illean’s treatment is its pace, very slow throughout, the supporting material from the piano – ranging from sporadic chords to quietly tumbling passages of tracery – closely following the inch-by-inch progression of the soloist, made all the more potent in this first performance by Sarah Connolly’s lingering over and ruminating on the words in a way that feels almost tactile. Another similarity to the Turnage is the way Illean’s text also turns at its end, the sea suddenly rushing forward in the insomniac’s imagination. Rather wisely, Illean doesn’t over-egg or exaggerate this burst of drama but simply channels it into more convoluted accompaniment, reducing the sea’s “growl’ to a mere whisper, thereby keeping the magical, all-enveloping spell that Sleeplessness … Sails casts unbroken to the end.

This song is also available on a recently-released CD, Come to Me in my Dreams, which features many of the works from this recital.

I have been a big fan of the English poet Stevie Smith since I saw a wonderful film starring Glenda Jackson and Mona Washbourne in the eighties. I chose ‘Farewell’ for its directness and emotional pull. I had unsuccessfully set ‘Not waving but drowning’ for chorus in the early nineties and always wanted to set more of her poetry.
—Mark-Anthony Turnage

Farewell dear friends
I loved you so much
But now I must leave you
And spread over me the dust.

Farewell dear world
With the waters around you curled
And the grass on your breast
I loved you best.

Farewell fish and insect
Bird, animal, swift mover
Grim reptile as well
I was your approver.

While writing this I have before me an untitled poem by Osip Mandelstam (‘number 78’, inscribed Crimea, 1915) from his collection Kamen (Stone).

In the opening lines the narrator cannot sleep. As he reads, the suspended state of insomnia is lithely mingled with the image of a fleet of ships suspended mid-voyage, resembling a herd of cranes in flight. The vocal line unfolds slowly, recalling Joseph Brodsky’s observation that in Mandelstam “words, even their letters – vowels especially – are almost palpable vessels of time.” Upon this, the piano flickers with waves of stratified sonorities – fluctuating, inhaling and expiring.

Contrary to this graceful and lingering picture, the poem closes thunderously: with the roars and recitations of the encroaching sea. The arresting final image perhaps alludes to the ancient affinities between music, word and thought as the sea – here both orator and noise-maker – resounds in elemental sound patterning. I have vivid childhood memories of tracing the ebbing rushes of the sea at night with heightened ear and imagination. Bridging both ends of the poem is the notion that all things are impelled by a kinship, or love.

My heartfelt thanks to Rachel Polonsky for creating a new translation of Mandelstam’s poem for this occasion.
—Lisa Illean

Sleeplessness. Homer. The sails tense.
I have read the list of ships to the middle:
This long train, this herd of cranes
That once arose over Hellas.

Like a fleet of cranes to strange frontiers—
A divine spray on the heads of kings—
Where are you sailing? If not for Helen,

And the sea, and Homer—all is moved by love.
To whom shall I listen? And Homer falls silent now,
And the black sea, declaiming, resounds
And rolls towards the bedhead with a heavy growl.

Translated from the Russian by Rachel Polonsky, with Lisa Illean