Last Monday at Cadogan Hall, percussionist Colin Currie and the JACK Quartet combined forces to perform two works from the ’80s by Xenakis and two world premières, by Simon Holt and Suzanne Farrin. The points of inspirational origin of these pieces were somewhat different from what one usually encounters in new music, Farrin turning to an interpretation of humankind’s emergence from the oceans (and what we may have brought with us – see her answers to my pre-première questions for more details), while Holt’s is the only piece i’ve ever encountered to draw on the movements of classical dressage. 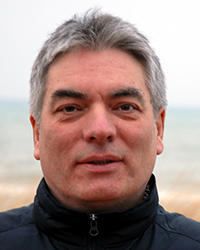 These literal, physical, movements become the basis for the four musical movements in Simon Holt‘s Quadriga, the title alluding to an equine-themed painting of the same name by artist Eileen Agar. The four specific moves – Levade, Croupade, Ballotade and Capriole – come from a repertoire rather beautifully known collectively as ‘Airs above the ground‘. It’s not really necessary to know the details of these moves, as Holt doesn’t appear to have sought to create musical analogues of them. Quite the opposite, in fact: if anything can be said to characterise Quadriga, it’s an overt sense of compositional spontaneity, which doesn’t necessarily sit squarely with the notion of rigorously-trained and practised movements (granted, this is precisely what the performers have to go through). Dressage, after all, is not exactly synonymous with free-wheeling improvisation. Yet it’s precisely this that predominates, in the elaborate but pensive opening marimba solo of ‘Levade’, alternating between introspection and fast, florid writing – with momentary “did i really hear that?” surges from the quartet; in the back-and-forth oscillations of ‘Croupade’, the quartet unpredictably veering between rapid, rhythmic patterns and glassy, frozen passages as if they’d been abruptly constricted or compressed; and above all in final movement ‘Capriole’, which serves as a development of sorts of all that went before, while at the same time venturing into territory that’s disorientingly unfamiliar, in the process breaking up the homogeneity of the percussion+quartet unit. Only the third movement, ‘Ballotade’, sounds like the careful articulation of something well-rehearsed, and it’s over in a mere 90 seconds. Whether or not this disjunct relationship between the music and its supposed inspiration matters is perhaps beside the point, though it’s surprising that they seem so fundamentally at odds with each other. Taken on its own terms, it’s passably engaging music while it lasts, though pretty instantly forgettable. 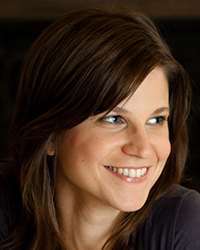 As far as US composer Suzanne Farrin‘s inspiration is concerned, i’m still not convinced i really get it, though her programme note clarifies an intended focus on “momentary synchronicities and evaporation” across the five players, articulating “a physical realization of our undeniable connectedness”. This aspect of connection is precisely what’s projected most in her short work Hypersea, though at first it seems to be projecting the opposite. Small clatters and murmurs, a litany of organic sounds – stretching, scraping, rubbing, grinding – jostle in a way that’s, if not arbitrary, then certainly erratic. Yet almost from the outset they’re very clearly in the midst of more obviously ‘pure’ sounds: clear, resonant pitches emanating principally from a vibraphone. As the piece continues, one gets the sense that it’s this layer of bright, pristine pitch that’s acting to bind together in a kind of suspension those disparate exercises in friction being explored by the quartet, subsequently even affecting their material and lending it a more pitch-focused (or at least pitch-sympathetic) demeanour. i like the subtle way such simple ideas as these play out in Hypersea; it’s perhaps not immediately obvious – certainly not on a single listening – but there’s something quietly universal about its strange machinations.

wonderful to have recordings
of music which may not be
on CD for years, if ever!
What site is this?