Wim Maesschalk, better known as Wixel, is a Belgian musician who originally set up the label Slaapwel Records, the aim of which, as that name implies, is to provide “music to fall asleep to”. In a way that tells you all you need to know about Wixel, though his music is capable of a whole lot more than just sending one to sleep. His output isn’t large, and for the most part consists of his ‘2009 Project’, a series of 12 mini-albums he released a decade ago, each one on the last day of the month. Though these releases weren’t put out by Slaapwel their connection to sleep is extremely strong, and indeed one of the things i find most fascinating about them is that they don’t merely sound designed to accompany that unique kind of somnolent whooziness, but in many cases sound as if they were actually created in that very state. What this means is that the music has a tendency to veer quite sharply between grabbing one’s attention and seeming completely disinterested in doing anything more than just lethargic rambling. Such a division as that sounds pretty close to Brian Eno’s ‘interesting/ignorable’ dichotomy, and indeed Maesschalk wrote the following in his introduction to the fourth album in the series, Slaapliedjes [Lullabies], with regard to the practice (and difficulties) of utilising processes to aid creativity:

Trying to make good music every day of the week can be quite frustrating. Especially because you know it is impossible to make 12 records full with excellent melodies and sounds. … Suddenly I had the idea to forget about melodies, about rhythm, about shaping sounds. The only thing that would determine these songs is the density of notes and the choice of the instruments. … The consequence is that all [the] songs are very different, yet they sound very alike. … They all look very very similar, but they’re all quite unique. … All [the] songs are also part of my idea about “slaapwel records” music. They shouldn’t carry too many stories, but should reside on the thin line between pretty and boring.

This is true of a great deal of the ‘2009 Project’, the music walking that liminal line between the poles of interest and ignorability, thereby fitting perfectly comfortably into the definition of ambient. However, ambient and comfort – despite what many of today’s practitioners might erroneously believe – have never gone together in a straightforward way. Indeed, music which throws into relief notions of ‘passive’ music-making – which of course includes most ambient – particularly when in the context of more obviously ‘active’ material, can be discomfiting, and has always tended to polarise listeners. And in the specific case of these 12 albums, it’s important to flag up that one’s mileage is inevitably going to vary considerably, not simply from person to person but equally from time to time, according to context, situation and mood. Having lived with and regularly returned to this music for a decade, i can honestly say that there are tracks that have always infuriated or charmed me, while others remain of no fixed opinion, which in itself makes the act of re-listening a consistently stimulating experience. Personally, at the weakest end of the spectrum i find the relatively few occasions when Maesschalk decides to sing rank among the lowest points in the series. Nonetheless, some of these albums are absolutely first-rate, certainly among the best lo-fi ambient (or, perhaps, post-ambient) of recent times. 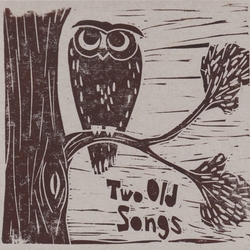 Two Old Songs, released in May, is characterised by a post-rock sensibility. Opening track ‘Sorry’ acts as a gently upbeat, ever-so-slightly shoegazy introduction with a gorgeous dissolve at its end. It’s followed by the three parts that together form the second “old song”, titled ‘Friends’. Part I features a texture formed from multiple superimposed layers of guitar noodling (a recurring feature in these albums), the density of which increases significantly at the mid-point, moving through shining radiance before passing beyond into full-on caustic noise. Considering the gentleness of most of Wixel’s music, the occasions when he articulates himself in such a raw way as this are genuinely stunning, and demonstrate how broadly-defined is his mode of expression. Part II is more laid-back, redolent of Godspeed You! Black Emperor, a really lovely number that softens two-thirds of the way through, turning into a strange floating, pulsating object. Moments like this in Wixel’s work are mesmerising not just because of the obvious shift in musical behaviour that they entail – here moving from post-rock to ambient – but due to the more pronounced shift in aesthetic, moving away from lo-fi acoustic sounds into a world that’s altogether more indefinable, a blurring of acoustic and electronic in which sound sources are often impossible to identify. ‘Friends’ is concluded in Part III via a return to the brisk lightness of ‘Sorry’ but, again, the post-rock trappings are ejected two-thirds through in favour of an exploration of texture, only returning to its original tone in the closing minute. 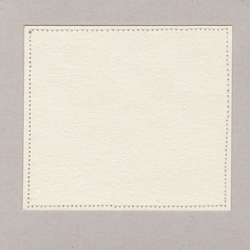 The following month brought An Empty Canvas, an album Maesschalk described as articulating “the electronical side of desolate melancholia”, which most obviously finds a voice through recurring hints of dubstep. In opening track ‘You’re Inside Your Own Shadow’ the music is bifurcated into a layer of soft percussive beats with occasional bass notes (bringing to mind Burial) and a slowly-moving, not-necessarily-connected ambient cloud, the resulting juxtaposition sounding relaxed and energised at the same time. ‘Skatebeats’ operates similarly, though here the layers are definitely connected, its rotating melodic idea held in place by the beats and bass. That being said, the latter vanish towards the end, leading to an unsettling coda of wind noise and brooding low notes, each of which seems to ache. This idea is extended in ‘Surface Dust’, where slow chords fight to be heard against a noisy background. ‘Bacterial’ is one of the most unexpected tracks in the whole ‘2009 Project’, Wixel upping the dubstep ante to the point where its light beats are underpinned with deep buzzing basslines, leading to a hard-edged, abrasive but beautiful climax. The other three tracks offer some milder contrast, but its these more assertive pieces that make the strongest impression. And they illustrate further the breadth of Wixel’s musical vision; it’s hard to believe that Two Old Songs and An Empty Canvas are by the same composer. 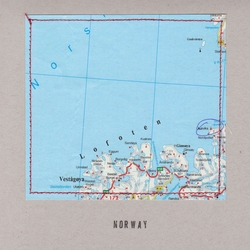 Norway was released in August, and is a response to the background noise – both natural and man-made – that Maesschalk experienced when spending some time in that country. Opening the album is ‘Briksdal’, another of the more extreme tracks in these 12 albums, a gentle guitar idea alongside the sound of the sea that then surges such that it becomes totally massive. For a time the entire soundspace is saturated with a sheer torrent of noise, a brief but overwhelming overload that sounds like walking through a waterfall. In ‘Jotunheimen’ Wixel pulls back the noise to reveal a serene band of semi-static pitch, creating a lovely state of musical tension between pitch and noise that makes the piece deeply meditative. Guitar noodling begins ‘Glittertind’ until a rip releases a noisy chord sequence that encrusts and erodes the music’s surface for most of its duration. Only at the very end does it subside, revealing the guitar to be now weirdly transformed into a glitching sequence of randomly blinking notes. Norway ends with ‘Ramberg’, which establishes a balance between the rumble and splash of sea sounds with a beguilingly muffled music to create an exquisitely introspective soundworld. 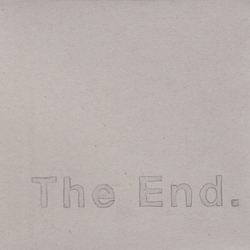 The ‘2009 Project’ was concluded in December with the appropriately-titled The End, which is divided into two parts plus a 10-minute epilogue, but essentially plays out as a single 43-minute piece. All traces of noise are gone here, replaced by an intensely-concentrated ambient ruminating, comprising meandering guitar and piano ideas, tinkling percussion and frail lines of vocalise, in addition to mbira and organ notes and deep bass tones akin to tolling bells. In the preceding 11 albums, Maesschalk’s compositional hand, even when allowing for elements of chance and serendipity, can be felt guiding the music, but in The End he renders his role as composer moot. The different sound sources become elements in a mechanical mobile, not so much interacting with each other as doing their thing independently, connected by mere proximity. As such it becomes the epitome of ambient music, occupying a steady state that feels like it’s simultaneously going somewhere while staying in exactly the same place, almost like a kind of behavioural Shepard tone.

In Part Two the music is initially smoothened such that there’s no longer a real sense of individual instruments, just anonymous drifting and overlapping pitches (very Eno-like). Gradually, though, their identities return, with the striking addition of a collection of delicate shining chords that, in relation to the extreme tenderness that typifies everything we’ve heard so far, sound almost exaggeratedly demonstrative. Everything turns around the mid-point of Part Two, receding into soft noise and rumble, almost all elements blurred and muffled, with only the slightest vestiges of higher register pitches remaining. Again sounding static yet moving, it’s a simply gorgeous musical environment, one that could seemingly continue forever. Only the piano remains identifiable, heard in the tiniest of arpeggios that continue into the final section, plainly titled ’10 Minutes’. In practice, it’s less an epilogue than an evaporation, the soft band of noise in the background slowly disappearing, highlighting the gaps between each arpeggio that become long silences. Everything about The End is completely marvellous; it’s certainly Wixel’s masterpiece and, for me, is one of the best and most beautiful ambient albums ever made.

Beyond these four albums, which are the definite highlights of the ‘2009 Project’, i’d also highly recommend Clouds, which features some deliciously poignant music in its first three tracks. Opening track ‘Cloud Formation’, in particular, brings together detailed pitches and an amorphous cloud of pitch in such a way that the result is surprisingly poignant, even (in my experience) unaccountably tear-jerking. The aforementioned Slaapliedjes is also well worth spending time with, though perhaps best in the background where its liminal “pretty and boring” material can be engaged with and ignored in the most effective way. Slaapliedjes #2 and Unwind are somewhat less engaging examples of the same kind of compositional mindset. As for the rest, as i indicated before it’s a very mixed bag; among the better tracks are ‘Morning Flight’, ‘Mourning Hummingbirds’ and ‘The Forever’ on Blood Red Bird, ‘Standing in a Breeze on the Sun’ and ‘Moon / Gone’ on Somewhere Between The Sun & The Moon Part 2, and ‘The Bergeron Process’ and ‘Aesthetics of Clouds’ on Winter, all standout exceptions on otherwise quite humdrum albums. Unless you’re in the mood for 20 minutes of bland, dirge-like moping, it’s probably best to avoid Sway With Me, Aimlessly – yet, again as i indicated before, your mileage may considerable vary.

All 12 albums can be downloaded free from the 2009 Project Bandcamp site.