Radio recordings: methods and formats, past and future

Since the inception of 5:4, nearly 12 years ago, whenever i’ve been writing about a particular composition and there’s no professional recording available, i’ve often shared a radio recording of the piece from my archive. i began making these recordings when i was still at school, and in the intervening years the method and format i’ve used have changed a lot. Originally, i recorded from analogue radio onto audio cassette – or, if the broadcast was longer than cassettes could cope with, onto videotape. Around 15 years ago, i switched from analogue to digital, recording first cable and then satellite broadcasts, which has been my approach ever since. i’ve never been entirely happy with this method, though, and at the start of the year i began to investigate whether it could be improved.

The way i’ve always archived these recordings is in FLAC format. For recordings made from an analogue broadcast onto an analogue medium, this makes sense, as it preserves the original recording without losing anything meaningful. But in the case of recordings made from digital broadcasts it doesn’t make sense, as the original broadcast is in a lossy format (AAC) whereas FLAC is of course lossless. The reason i’ve always used FLAC is simply because i’ve recorded the broadcast in real-time as a WAV file, which i’ve then edited as necessary and then, in order not to reduce the sound quality further with additional lossy compression, converted to FLAC. But the inevitable upshot is that there’s a lot of redundancy in this method, with file sizes much bigger than they need to be.

There’s another issue with this. i only realised at the start of this year (thanks to the Astra2 website) that the sound quality of satellite broadcasts is inferior to those online. In the UK, satellite broadcasts of BBC Radio 3 use a bitrate of only 192kbps, whereas the online bitrate is 320kbps. This means that satellite effectively cuts off anything above around 16kHz, while online retains frequencies up to 22kHz (the upper limit of human hearing). You can see this clearly in the below images (click to enlarge) that show spectrograms of Rebecca Saunders’ Fury II taken from two different sources, satellite and online, that i recorded earlier this year. The difference in the upper frequencies is very striking. 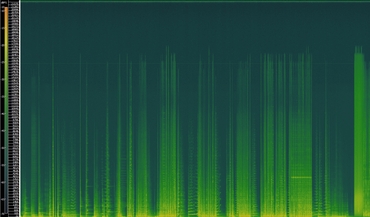 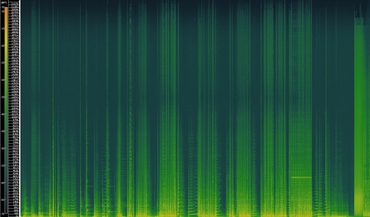 For this reason, a few months ago i switched to recording online instead of via satellite, resulting in higher-resolution recordings; all of this year’s Proms premières were recorded this way. However, the problem of using a lossless format to record a lossy broadcast remained, and in the last few weeks i’ve finally got round to resolving this. Instead of recording the online broadcasts in real-time i switched to downloading the stream in its native lossy format, and then editing using software that doesn’t need to de- or re-compress the audio, so the original data and sound quality are preserved. A quick glance comparing the spectrograms of the old and new methods confirmed that the two were identical in frequency response (in fact, the AAC appeared to be marginally better in the higher frequencies, perhaps because it was downloaded rather than streamed) but, as one would expect, the AAC file size was almost 50% smaller than the FLAC.

This is a method i’ve been experimenting with and refining recently, and i’m pretty much happy with it now. There’s obviously nothing i can do about all the previous recordings in my archive (or new recordings made from other radio stations), which will have to remain in FLAC, but going forward i’ll be making all my radio recordings in this way. So on the occasions when they appear on 5:4, they’ll now be be in the native AAC format rather than FLAC.

Thanks for this. I’ve recently begun experimenting with making online recordings, with varying degrees of success. I mostly use Audacity, for the simple reason that it’s free, but I’m still trying to get my head around it. I’m not enough of an audiophile to be able to tell the difference between different formats, but I look forward to comparing your future recordings with those I already have.