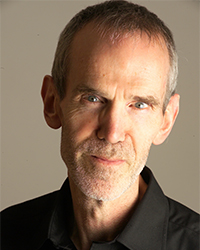 The pair of canticles used in a traditional Anglican choral evensong service effectively straddle the Christmas story, the Magnificat pointing towards it, the Nunc dimittis referring back to it. Their use in this service means that there must be literally thousands of settings of them, though, no doubt fuelled by the overtly conservative tone endemic to both that service in particular, and to contemporary religious music in general, the number of these setttings that are interesting, imaginative and individual is significantly smaller, the exception rather than the rule. One such exception is Howard Skempton‘s The Wells Service, composed in 2011.

i think it’s fair to say that Skempton’s approach to the texts is, in the best sense, something of an acquired taste. Not because it’s radical or wilful or arch or just weird, but because – as with so much of his output – it manages to combine great simplicity with a subtle kind of aloof calculation that makes it sound disarmingly strange. The Mag and Nunc are essentially two parts of a single, singular expressive act, grounded in a basic rhythmic language of crotchets and minims that Skempton uses to give the phrases a gentle elasticity. It’s in the way these phrases progress that the strangeness is most apparent. Skempton doesn’t particularly treat each canticle as a broad sweeping narrative but rather as a sequence of individual sentences that become connected through the unity of their language. It’s almost entirely syllabic, no repetitions or melismas, giving the canticles something of the air of chant; they don’t so much sound sung as recited.

Yet this is qualified and unified through the canticles’ harmonic language, rooted in C major/A minor tonalities but which Skempton regularly inflects with chromatic touches. Again, despite their simplicity and apparent familiarity, the harmonies often unfold in a way that doesn’t exactly sound wrong but nonetheless encourages the sense that there’s nothing like a usual kind of word painting going on. As such, phrases don’t so much end with convincing cadences as come to a temporary halt before continuing on in a longer, somewhat unpredictable harmonic outlook. What i like so much about this is the way it makes for such a fascinating balance with the aforementioned individual sentences of text: the whole thing sounds broken up yet connected, halting yet flowing. Add to all this a general dynamic flatness – again, no overt attempt here to inject received notions of ‘Anglican drama’ into the music – and The Wells Service is a refreshing, curious and rather beautiful new take on some very old words.

This performance took place on 23 May 2012 at Wells Cathedral, performed by the cathedral choir directed by Matthew Owens, as part of the ‘New Music Wells 72-12’ festival.