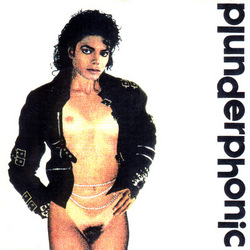 It would be disingenuous to downplay just how laugh out loud funny is so much of John Oswald’s music. And this is surely one of the main reasons why he has fallen foul of the more simple-minded legal “brains” in the pop industry, since a casual encounter with his later works, particularly the infamous Plunderphonic album released in 1989, and the Rubáiyát EP that came out the following year, might well lead to the conclusion that Oswald was doing little more than taking the piss out of each and every one of the many, many artists whose work he had cut to pieces and reassembled into fascinating, grotesque and ludicrous new forms. (The artwork for Plunderphonic, featuring an edited image that replaced Michael Jackson’s body from the cover of Bad with that of a naked woman, can hardly have helped.)

My perception of these pop- and rock-focused works of Oswald’s has always been that they’re a gleeful, tongue-in-cheek, caricaturesque paean to both the pomp and the pomposity that characterise these mainstream idioms. Silly and glorious in equal measure.  In 2001, Oswald compiled Plunderphonic and Rubáiyát, plus various other of his plunderphonic recordings, into the 62-track 2CD behemoth that was 69 Plunderphonics 96, with each track credited to an anagram mangling of the actual artist’s name. This is another of the albums included in the new digital reissues, beginning with the first disc featuring all of the vocal tracks, which Oswald has titled Plunderphonic Songs (the second disc is coming in due course). 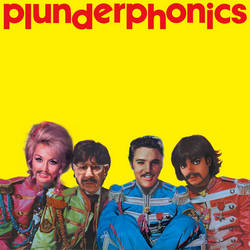 Due to the nature of the material, this album comes across as a weird kind of collage / mixtape hybrid. As with the Mystery Tapes, it showcases Oswald’s incredible skill at both homing in on the key elements that define a certain artist or song, and also identifying disparate fragments that will create an interesting new composite of found object false relations. One of the most telling examples of the latter is ‘Power’, in which a brief glimpse of Stockhausen’s Hymnen (no doubt deliberately chosen for its own plunderphonic nature) leads to a melange of Led Zeppelin power riffs and a pair of highly exercised christian evangelists hurling pithy soundbites with a screaming recurring refrain of “power!”. The two sources work together so perfectly, reinforcing each other’s energy, that they feel utterly inseparable. More often, though, Oswald’s interest is in the former, cutting up tracks to focus on their particular characteristics. In ‘2net (crazy)’ and ‘sonic euthanasia’, tracks by Metallica and Sonic Youth get twisted round on top of themselves, becoming unstoppably frenetic shifts between high gears. ‘Philosophry’ throws together Edie Brickell & New Bohemians and Sinéad O’Connor to create 74 seconds exhibiting the most unusual tension, continually caught between pushing on and just wanting to drift. ‘Pretender’ subjects Dolly Parton to the same gender-switching high-jinks as on X1, with an even greater (and more disconcerting) fluidity, while ‘White’ turns Bing Crosby’s ‘White Christmas’ into a perpetually wobbly distortion that brings to mind the early work of James Leyland Kirby’s V/Vm project. And then there’s ‘Case of Death’, a 10-minute butchering of Agatha Christie that becomes a hilarious tour de force of vocal gymnastics and verbal absurdity.

There’s a whole lot of humour here but, again as with the Mystery Tapes, there are plenty of instances where Oswald refashions these plundered nuggets into new musical creations of incredible beauty. ‘Ebb’ features a collection of around 30 crooners singing ‘Ebb Tide‘, occupying a ravishing, ecstatic landscape embellished by lush romantic and impressionistic orchestral strains. ‘Anon’ superimposes several strands of Tim Buckley’s ‘Anonymous Proposition’ in the midst of crashing surf and a thunderstorm, resulting in an utterly dreamy confection of blissed-out whooze. Loveliest of all is bonus track ‘Book of Wings’, a slightly extended version of Oswald’s ‘Plunderphonic Mix’ of Laurel MacDonald’s song ‘A Wing & A Prayer’ (originally released on MacDonald’s 1999 Wingspan EP). Oswald jettisons the song’s MOR blandness by focusing on its more ethereal introduction, opening it out into an 11-minute expanse of gorgeous, floating ambience. Within its slow-moving suspension are traces of voice and guitar, emerging and disappearing as its rich harmonic soup turns, shifts and folds. The culmination, where MacDonald becomes a chorus of ethereal vocal descents overlapping each other, is absolutely stunning. 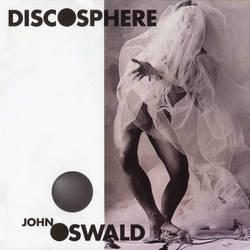 Alongside his Mystery Tapes and plunderphonic works, one of the most interesting of John Oswald’s releases – which is also among the new digital reissues – is the 1991 album Discosphere. A compilation bringing together his work accompanying dance, the musical language is distinctly different from his previously-discussed output, not merely synthesising but sublimating their use of extant sonic materials. It makes more sense to think of the works on Discosphere as acousmatic rather than plunderphonic, being as they are complex soundscapes that create their own vivid narratives and environments without overtly seeking either to draw attention to their sources or to comment on them.

Some of them feature comparable mash-up devices. ‘Field’ passes through Copland’s Appalachian Spring into a collage vista of dramatic orchestral music evoking wide open spaces, book-ended by quiet environmental ambiance. ‘Prey’, at 10 minutes one of the longest pieces on the album, focuses on vocal sounds as the basis for a dense, meditative texture incorporating exhalations, sighs, wordless singing, choral chant, group hubbub, whispers and assorted other vocalisations. A tone of light solemnity pervades throughout (aided at one point by clanging bells) that suggests the title could also be read as ‘pray’.

One of the aspects that makes these and many of the compositions on Discosphere so engrossing – and distinct from the Mystery Tapes and plunderphonic works – is their narrowing of focus onto one particular kind of sound. As its name suggests, ‘Bell Speeds’ comprises an exquisite network of chiming, tinkling and pealing bells presumably all derived from the same source. ‘Amina’ explores ways to arrange a variety of granular sounds – scratches, water, ripping paper, falling stones, thunder – while an increasingly uncanny distant ringing can be heard. ‘Skindling Shadés’ uses a similar sound palette but at dynamic extremes, moving from the sound of the open-air, insects and a crackling fire to a massive surge of wind and noise. 59-second miniature ‘Soine’ is a rhythmic pattern of short staccato sounds (including pizzicato and prepared piano notes) that acts as a tantalising overture to following track ‘Touch’, where inhalations and elongating cut-up speech fragments emphasise sensuality; this in turn segues into ‘Love 1’ where the words “i”, “love”, “fuck”, “kiss”, “suck”, “come” and “i love you” – close-miked giving them a distinct ASMR quality – tilt things into a more tactile, sexually-charged arena.

While not plunderphonic in quite the same way as the albums discussed above, the brevity of the pieces on Discosphere – many of which are less than four minutes long – means that, as a listening experience, the album has something of the same qualities as those works, functioning as a somewhat more sedate and thoughtful sibling to the Mystery Tapes. Moreover, they’re further testimony to the amount of depth, skill, imagination and elegance encapsulated in John Oswald’s soundworlds.

The digital reissues of Oswald’s work are ongoing and more albums will be coming soon, including the second disc of Plunderphonics as well as both Plexure (1993) and its more recent sibling prePlexure (2010). Everything can be found on Oswald’s Bandcamp site. Beyond this, i would highly recommend reading Oswald’s seminal essay Plunderphonics, or Audio Piracy as a Compositional Prerogative, which serves as a superb introduction to his mode of creativity, and there’s a huge amount of further explanatory material to be found at Plunderphonics.com. i mentioned at the start of the previous instalment that, prior to these reissues, much of what i had by Oswald had come from a mixture of official and unofficial online sources. One of the best of these is detritus.net, which continues to host mp3 rips of a variety of plunderphonic music by John Oswald and others, including earlier iterations of some of the Mystery Tapes.