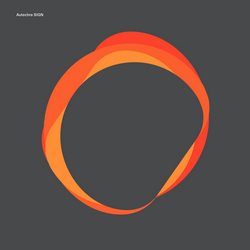 In recent years i’ve realised that, more than with most artists, i tend to listen to each new Autechre release in the context of what came before. i know it’s hardly a mistake to listen like that – and it obviously makes sense for anyone wanting to appreciate it on a more critical level – but i think the reason is more to do with the way Autechre’s work has emerged over the years. Most artists – at least, most good artists – develop and change over time, but for Autechre it’s often felt as if each new addition to their output is like the latest prototype in an ongoing organic process of evolution, one exhibiting a fascinating, sometimes disorienting balance between predictability and caprice.

The epitome of that balance can be heard in the progression (if that’s the right word for it) from Untilted (2005) to Quaristice (2008). i vividly remember first listening to Untilted and feeling that it made absolute sense based on everything that had gone before it. It was the logical next step in the wake of the likes of Draft 7.30, Gantz Graf and Confield, manifesting now as longer-form tracts of itchy electronica that suggested control of their musical ideas was by this stage only partially still in Rob Brown and Sean Booth’s hands. The implication made by Untilted, and it’s hard to state just what an exciting prospect it seemed at the time, was that the next step would be toward ever greater and more expansive forms of rhythmic complexity. Yet three years later, Quaristice saw the duo veering off at an unpredictable angle, not only (for the most part) jettisoning longer-form structures but also exhibiting considerable musical diversity, primarily through re-introducing some of the softer, more ambient elements that had played such an important part in their earliest work.

A similar kind of oscillation between familiarity and unpredictability has persisted in their work ever since, and if anything has assumed greater proportions. The smaller-scale forms of Move of Ten, Oversteps and Exai led, via the complex amalgam of NTS Sessions 1–4, to the motherlode of AE_LIVE, a huge collection of hour-long performances each of which was macro-structurally the same as all the others, though on the small scale was entirely unique. i think it’s fair to say that, coming after all that, listening to Autechre’s new album SIGN is even more like that first experience hearing Quaristice all over again. Here too, the durations are short and the diversity is wide, but in addition to this there’s a new kind of musical language and sonic perspective permeating many of the tracks in a way that Autechre haven’t really done before.

It’s easy to think of Autechre’s music as being, if not all, then at least primarily surface. i don’t mean superficial, not at all, but rather an incredibly sharp clarity with regard to what’s going on. Things might reverberate, indicating the possibility of some kind of imagined space, but the nitty gritty of the musical action is happening right in front of our ears with absolute certainty. Sounds don’t muck about in the periphery; everything is pretty much in the foreground. Not anymore: on SIGN there’s a recurring sense of distance, of elements arranged and positioned and doing what they do with different proximities. As always, there’s plenty going on in the foreground, but there’s a surprising amount happening further away. That’s surprising enough, but what compounds that surprise is the remarkable fact that what’s governing a lot of this more distant – or, alternatively, lower down – behaviour on SIGN is that it’s often rooted in harmony.

i’m not sure i’ve ever thought about harmony before when listening to Autechre’s music. For the longest time, it’s hardly been relevant, as the guiding principle of their output has been the evolution and juxtaposition of rhythmic forms, occasionally garnished with snatches of meandering melody apropos of nothing. As such, pitch was decoration to more pressing and fundamental aspects like rhythm and metre, timbre and texture, form and structure. So it’s striking to hear in, for example, ‘F7’, the track being formed over and around a steady, cycling chord progression, almost entirely beat-free. The effect is not unlike a chaconne, the repeating (ground) bassline being positively festooned with a stream of contrapuntal energy. The same thing occurs, even more clearly, in ‘esc desc’, the opening chords of which initially brought to mind The Cure’s A Forest; again, its sequence of four chords are the foundation of a welter of melodic details. This process can also be heard in ‘th red a’ and ‘gr4’, the latter of which is arguably the most carefree example of this, full of overlapping filigree lines all tethered to the same underlying harmonies. ‘si00’ is similar but looser, filled with punchy, plunky, bounding notes in front of more discreet middle-grounded synth ideas, both of which eventually fit into an undulating bassline that appears around a third of the way through.

If Quaristice hinted at Autechre’s early years, the use of harmony in these tracks makes a much more serious connection back to the circling chords and basslines of Incunabula and Amber. However, where those were almost always aligned with driving beat patterns (‘Nine’ and ‘Yulquen’ being rare exceptions), on SIGN they unfold in relation to a pulse that at times is little more than implied. In some respects these four tracks are a microcosm of the balance i spoke about before, between predictability and caprice, the former manifesting in the simple, calm repetitions of the harmony, the latter in the energised wildness of the melodic fireworks. It has to be said they work to differing degrees; ‘th red a’ is perhaps a bit too repetitive for its own good, but ‘esc desc’ and ‘gr4’ are compelling from start to end.

Despite this surprising and impressive emphasis on pitch and harmony, the metallic-edged beatronics that arguably typify Autechre most are represented on SIGN. In ‘au14’ they’re channelled into shuffling series of timbral variations; the same is true of ‘schmefd 2’ though there it plays out in the midst of more harmonic machinations, albeit of an altogether more vague variety, with elastic poinging pitch shapes in lieu of a melody. But this kind of thing doesn’t seem to be the point of SIGN, and in fact a couple of the tracks go completely the other way. ‘Metaz form8’ hands over entirely to a kind of sombre but fizzing harmonium-like dirge, whereas in ‘psin AM’ its solemn low chords are propelled along by the barest of dull beats.

Considering the title of the album, whether this new direction for Autechre is a sign of more such things to come remains to be heard. Either way, in a similar manner to Quaristice i suspect SIGN will likely bemuse and irritate some fans who feel the duo’s work is (or at least ought to be) synonymous with intricate beat-based electronica. But while that typifies their work, it’s certainly never defined it, and i for one find SIGN to be an exciting development in and of itself, as well as being something of a refreshing change after the immensity of AE_LIVE.

The most impressive tracks on SIGN are those that open and close the album, because they manage even more than elsewhere to embody this balance of new and old ideas. ‘M4 Lema’ is a delirious slab of sputter and glitch, among the most tactile and muscular things Autechre have ever created, yet, in keeping with the overall tone of SIGN, its irregular poundings are shot through with brilliant bursts of harmony that cause them to fall briefly silent. ‘r catz’ seems to pick up where Quaristice‘s ‘Altibzz’ left off (same timbre, same key), though transformed into a grand closing statement, its chords rich, resonant and final, coloured from above and below with equivocal hues of shadow and light.