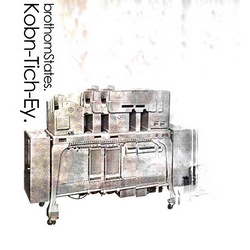 Though somewhat pioneering from a technical perspective, the album nonetheless suffered from the fact that, like so much digital audio at that time, it was encoded as horribly low-resolution (128Kbps!) mp3 files. On top of this, one of the most prominent issues with Kobn-Tich-Ey was its clarity – or, rather, lack of it. The album was mastered at a very low level, so quiet that the only way to really hear what was going on was to crank up the volume to absurdly high levels. Furthermore, a cross between a glitch and an oversight plagued the final track, ‘Bathroom Tests’:; having come to a fairly conclusive end, a new drifting idea slowly began to fade in, only to be rudely silenced as the track abruptly ended. So something had clearly gone seriously wrong there. Despite these issues, though, Kobn-Tich-Ey has remained a popular, well-regarded album throughout the last twenty-plus years, being an imaginative bringing together of elements from IDM, ambient, acid, techno and electronica. As such, while one can hear echoes in it of the kind of thing Aphex Twin, Luke Vibert, Boards of Canada, Autechre and Plaid (among others) were doing around the same time, it remains completely individual and distinctive. 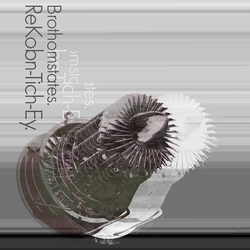 In his later output, the Brothom States EP (2000), Claro (2001, his second and last album) and above all the single Rktic (2004), there’s a much stronger emphasis on the music’s dance credentials, but that’s not what dominates ReKobn-Tich-Ey. On the contrary, if anything this interplay between a small number of elements results in a much more meditative kind of experience. That’s partly due to the way we recognise and follow these various layers moving in and out of focus, in the process leading to new perceptions of what they’re actually doing. On a couple of occasions in opening track ‘Itch’, the first occurring around halfway through, most of the bass and harmonic backdrop vanishes, and the quasi-regular beats start to fizzle and glitch, suddenly sounding as if they’re going twice as fast as they were before (a trick also used by Plaid in their 1999 track ‘Gel Lab’). Whether or not this is actually true is a judgement call: either way, when the vanished elements return the impression of tempo remains convoluted. Moments like this also highlight that the way Brothomstates’ elements truly gel is also a judgement call; even with the crystal clarity of ReKobn-Tich-Ey (perhaps because of it), i often find myself perceiving the music as a number of simultaneous, superimposed layers rather than a single cohesive whole. That’s not at all a criticism: i like the fact that the fabric of ReKobn-Tich-Ey is loose-weave, even a touch cumbersome; and it’s important to stress that at no point do any of these possibly-maybe-cohering elements feel out of place or incongruous. Whatever else they may or may not be doing, they’re certainly complementary.