A couple of years ago, in my annual ‘Free music’ series i explored the work of US electronica artist Rob Lioy, better known as Access to Arasaka. At the time, one of the drawbacks to accessing his work was that it was mostly only available in low resolution lossy files (typically 192kbps MP3s). However, in the last couple of weeks Lioy has made his entire back catalogue available via Bandcamp, finally providing lossless versions of his gloriously futuristic ambient glitch. What’s more, all of it is still free, including the various albums that were once available in physical formats.

The releases that were previously only lossy – Cassiopeia, Korova EP, METAX, ==null, :Port, A Sky Now Starless andVessel EP – have all been made available in 24-bit lossless; the rest – Geosynchron, Oppidan, Orbitus and void(); – remain in 16-bit lossless, with the exception of Aleph, which also gets a 24-bit upgrade. None of it has been ‘remastered’ as such, but the leap in quality brings greater definition, clarity and punch to the music. (It occurs to me that, due to the ‘crunchy’ and somewhat raw nature of its noir glitch elements, some might prefer the ‘aesthetic authenticity’ of the low res versions, but of course those are also available via Bandcamp.) 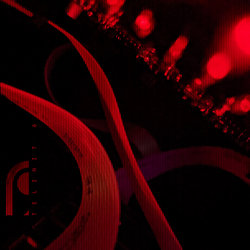 Alongside this, there’s also a new Access to Arasaka EP, the first in eight years. The four tracks of Telinit 6 continue the train of thought, prevalent in several of his earlier releases, that tends to avoid beats, here exploring instead various forms of reverberant pitch and noise clatter – peppered with notes that just about hint at a (possibly illusory) longer-term connectivity – and rapid burblings, floating in an ambient space, that suggest originating in a previously much more coherent state.

All of these are available, for free or for as much as you’d like to offer, via the Access to Araska Bandcamp site.