A world première from Stephen Montague is always an exciting prospect; while hardly an avant-garde figure, he’s highly unpredictable, and one imagines neither the BBC nor the audience could have envisaged what Montague would ultimately present them with in his new work Wilful Chants, given its first performance by the BBC Symphony Chorus with London Brass and O Duo, on 8 August. The work states its intentions immediately, opening with a hectic maelstrom of vocal sounds including half-whispered words, rolled ‘r’s, loud chanting, glissandos, whistles, guttural grunts and the like. The cumulative effect, driven along by a brisk pulse, is entrancing, even hypnotic, the ear constantly pulled left and right, by no means making out the filigree of details (which is hardly the point), but simply trying to hold on for the ride. A climax is reached, and things shift into pitched territory, the brass making uncanny, muted oscillations that suddenly bloom as a dark chorale, into which the choir is swiftly drawn, although remaining in the middleground at this point. A more simplistic chorale follows, sounding distinctly eastern-European; the occasionally half-heard brass oscillations keep things from becoming too conventional or familiar, however, and as the resultant high point appears to be becoming all too generic, it pulls itself apart before getting too portentous, dissolving in a new plethora of noises, accompanied by percussive clatterings. And in no time at all, the conventional trappings are long forgotten as merry mayhem breaks out everywhere, the two elements—noise and song—wonderfully blended in a thrilling street party of a finale. 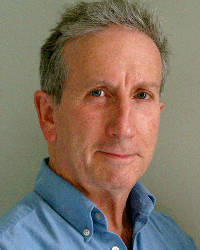 On the one hand, chunks of the work – the conventionally sung portions – lack originality of language (it’s not clear if this is intentionally ironic or parodic), and Montague’s anti-religion stance is rather hackneyed, as well as being a bit too smug for its own good. But at least Montague is emphatic about his convictions, and overall, the work outgrows both these handicaps, resulting in surely one of the most striking new works to be heard at this year’s Proms. The performers are clearly having a whale of a time, and the audience, quite understandably, loved it.

Montague’s work is book-ended by a pair of brass works by Tōru Takemitsu, performed by London Brass. The former is Garden Rain, an eight-minute meditation that fixes the ensemble firmly together, moving them around as a homophonic group. Whether Takemitsu’s typically evocative title is conjured up in the music is subjective, but either way, there’s a determined gentleness aimed at here, one only briefly troubled by louder material. Despite moving as one, there’s a fair amount of activity going on, lines overlapping and interweaving, staining the air with some delicious harmonies—never more so than at the conclusion, when the instruments adopt mutes, the music brought to an exquisitely fragile, delicate standstill. Despite its general restraint, the work presents the trumpeters with some nerve-racking high entries, superbly delivered by London Brass. The latter work is Signals from Heaven, which takes the form of a pair of ‘fanfares’, “Day Signal” and “Night Signal”. Both are measured but very rich, their fulsome harmonies frequently bring to mind one of Takemitsu’s primary influences, Olivier Messiaen. Once again, the players’ control over the material is superlative, bringing real excitement to this most mellow music.