On Thursday evening, the Proms was treated to the UK Première of Argentinian composer Martin Matalon‘s Lignes de fuite (“Lines of convergence”), tackled with obvious relish by the splendid BBC National Orchestra of Wales conducted by François-Xavier Roth. 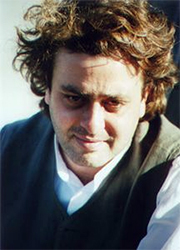 The work opens, appropriately, with a single static line, passed between the horns, gradually coloured and fragranced by the percussion and woodwind; it’s a captivating introduction, pregnant with potential. Matalon doesn’t take any time whipping his material into shape, however; the music is positively marshalled around the orchestra. Special attention is given to the brass, who deal with their passages with brusque efficiency, while the strings (aided by celesta) strike more elegant poses, their lines almost coyly twirling their way upward. The structure is given space and more interesting shape by brief episodes where everything momentarily stops, a chance for everyone to get their bearings before launching off somewhere new.

The central section puts the four horns in the spotlight, their delivery now more broken (Matalon likens it to a dotted line), given a backdrop by a large but distant dense chord in the strings. Despite the foreground activity, it soon becomes apparent this is actually another form of stasis, the music moving in circles, and it takes several minutes before the rest of the orchestra slowly returns, bringing with them a powerful demonstration of forward momentum. This portion of the piece is fabulously exciting; there’s clearly a lot going on in the individual parts, but the ear can only just discern their outlines within the overall texture formed by them. Matalon shapes this momentum into a full-on torrent, driven on by timpani and woodblocks, until the entire orchestra is called to a halt by the tamtam. The short final section is, in the composer’s words, “just resonance”. The timbres—highly imaginative throughout anyway—now become downright inscrutable (Matalon’s strong connection to electronic music can be abundantly detected here), teasing the ears in a coda forever dying away, its final sound barely audible.

Lignes de fuite is an enthralling and highly effective concerto for orchestra, Matalon generous with material to each and every player; and despite its multiplicity of demands, they were handled with real aplomb by the orchestra. A definite Proms 2010 highlight.

His orchestration for percussion in this is impeccable.

As a classical guitarist I'm exposed to Argentinian composers more than the average musician and I strongly believe that country is a goldmine for outstanding works. The duel Latino / European history of that country surely makes for an interesting outcome.