Proms 2013: David Matthews – A Vision of the Sea (World Première)

Down the road in my old stamping ground of Cheltenham, there’s an art exhibition regularly to be found in the town’s sumptuous Imperial Gardens. The exhibition is for those with an urge to put paintbrush to canvas, resulting in a desultory cluster of dog portraits, depictions of Cotswold stone houses festooned in technicolour flora, landscapes dripping with more water than colour, pastel cloudscapes, a few rash stabs at abstract expressionism and—incongruously, considering the town’s distance from it—paintings of the sea. Perhaps you can see where i’m going with this. There are, admittedly, occasional gems to be found amidst the the borrowed imagination, the second-rate technical skill, the pastiche sensibility and the instinct for superficial gratification, but it’s rare for even these works to escape the pull of their less ambitious companions. Memories of this exhibition came flooding back as i sat through the world première from last night’s Prom, David Matthews‘ A Vision of the Sea, performed by the BBC Philharmonic under Juanjo Mena. 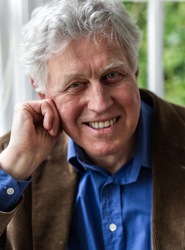 Ostensibly a portrait of the sea as experienced from Matthews’ home in the coastal town of Deal, the work is a fairly thoroughgoing example of how the relationship between concert music and film music has come full circle. Once, composers for the movies wrote scores that evoked the most dramatic aspects of their more lofty counterparts—Beethoven, Mahler, Wagner, Puccini and the like. Today, it’s all too frequent to hear the reverse, concert music that aspires to the likes of John Williams and Jerry Goldsmith. A Vision of the Sea does, indeed, often sound like a portion of film music lacking its visuals, which i don’t think can be easily ascribed away as the result of it being a ‘symphonic poem’. In my recent article about Magnus Lindberg’s Era i alluded to this, but a symphonic poem is a great deal more and less than just a story tucked behind a load of notes; it’s capable of being both more specific, tapping into apparent minutiae, yet equally it is vague and abstract, allusive without being over-descriptive. There are moments when A Vision of the Sea achieves that: the sudden pallid hue that takes over the piece just over a minute in, which leads to a more concerted move into darker territory; abrupt diminishments into dance-like material, seemingly at odds with all that’s gone before; even the use of rainsticks (i know, i know) is done sufficiently deftly to allow its purpose to speak as intended. But almost everything else works against the intended magic: the opening mock bird calls, the chirpy tufts of melody that break out in more tranquil passages (a dead ringer for John Williams) and cliché rising trills; the endless obsession with melody yet without any of it offering something really moving or memorable; the obvious symmetrical structure (yes, the birds return at the end). and then there’s the work’s on-off climax, which in all, allowing for some general variety, lasts around five minutes, with the previous five minutes building towards it, meaning at least half the work’s duration is committed to the tirade of bombastic thuddery that is certainly my abiding memory of the piece.

The clunky ending doesn’t help; having established what appears to be a convincing coda, Matthews then sets off—via a rather nice combination of contrabassoon and suspended cymbal—with something new, but neither the material nor the players seem to have any idea what’s meant to be happening. The subsequent appearance of a boisterous ‘tonic’ chord says it all; A Vision of the Sea is a nostalgic slice of pseudocinematic flummery the likes of which have been done too many times before, usually very much better. Just like that art exhibition.

Incidentally, Matthews created a series of watercolour paintings to aid the composition process, which can be viewed here. They complement the work perfectly.

David Matthews - A Vision of the Sea

[…] way it comports itself is surprising & may actually prove off-putting to anyone hoping for a David Matthews-esque quick fix of neoromanticism. Cowie spoke beforehand of being particularly drawn to wild places, & that’s a quality […]