Having hitherto bewailed the fact that more challenging composers (Finnissy, Lachenmann et al.) are kept at bay from the Proms for decade after decade, last Monday’s new work came from Colin Matthews, a composer almost wildly over-represented at the festival; Matthews’ new work, Turning Point, was the 22nd of his to be featured at the Proms, a statistic that ought to raise even more eyebrows than those accompanying the glaring composer absences. Judging from the programme note, the piece evidently caused Matthews difficulties in knowing how to proceed, leading to him putting the score aside for over a year. The solution seems to have been to turn the work into a diptych, the second panel of which contrasts hugely with the first. Having finally made it to the concert hall, Turning Point was given its first performance in January 2007 by its commissioners, the Royal Concertgebouw Orchestra; Monday’s UK première was by the BBC National Orchestra of Wales directed by Thomas Søndergård. 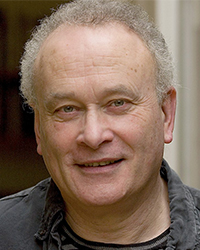 Dramatically, Matthews’ solution seems to work pretty effectively, but there are some familiar niggles in the first panel, which occupies about two-thirds of the overall duration. It seems necessary to coin a new adjective—’Faberian’ would do nicely—for the kind of thing one hears all too often in works from the more mainstream protagonists of that particular publishing house. Turning Point begins with just this kind of thing, the acceptable face of orchestration, incessant hopping woodwind parts, strings and brass capturing notes and holding them, then a melody emerging to offer something in the way of contrast, all wrapped up in a cosy kind of consonance—one’s heard this kind of thing time after time after time; it’s predictable, it’s safe, it’s easy, it’s hackneyed and it’s very, very boring indeed. Thankfully, Matthews shuts the hell up with this stuff after just a few minutes, pursuing something in the rest of the panel that has rather more depth and dramatic intricacy. In fact, what i initially found quite irritating—new takes on the underlying driven material that become burnt out and soft quickly afterwards—over time becomes extremely telling, keeping the narrative sense tense and sharp, and very far from being predictable. In this way, Matthews sets up an engaging friction, one made more interesting through lyrical tendrils that have a tendency to bleed through; and while he may have lacked certainty about the ultimate direction the work wanted to take, something of the second panel’s spirit can be heard around five minutes in, when the upper strings—faced with brass accents that attempt to shift the mood—cleave to slow pensivity, determined to take their time, an approach that, at this point at least, proves successful.

The work’s titular moment comes in the wake of a series of increasingly demonstrative brass derailments: heavy, sustained chords, over which the trumpets draw sympathetic shapes. Although for the first few minutes it sounds like a plumber is trying to fix something in the wings (quite what the percussion are doing is anyone’s guess), it soon broadens out into a music the tone of which is splendidly hard to deduce. There’s a kind of majesty to it, coupled to an intense kind of melancholy and/or wistfulness. Occasionally, it’s rather too familiar, Matthews coming close to breaking the work’s stylistic (or at least harmonic) integrity. But he gets away with it for the most part, and while there are some dangerous Faberian afterthoughts nipping at the work’s heels, their momentum fails to find purchase, the orchestra instead refocusing on becoming smaller and slower; all remaining echoes of the first panel become effortlessly absorbed into its fragile texture, allowing the piece to close with a kind of cool dignity.

The title for this single-movement work did not emerge until the piece was nearly finished, and arose in part from the circumstances of its composition. I began work on the piece in the spring of 2003, and had originally hoped it would be ready for the 2004/5 season. But having completed the first main section I couldn’t find the way to continue, and put the piece aside for a year while working on other projects. This first section was almost wholly fast music, and when I came back to it, the continuation was even faster – a whirling scherzo-like episode. Again I found it difficult to make any further progress until I realised that what was needed was a complete change of direction, a ‘turning point’. The third part of the piece, almost half of the whole, is very slow and intense, and in complete contrast to the earlier music (although based entirely on the same material). While the turning point itself is very clear, the division between the first two parts is less straightforward, as they share nearly identical music, an episode towards the end of the first section becoming the coda to the second. (The same music also reappears briefly not long before the end of the work.) Turning Point lasts around 18 minutes, and plays without any break : a commission from the Concertgebouw Orchestra, it was written very much with the very special quality of the orchestra in mind, as well as the wonderful acoustics of the Concertgebouw itself. My account of the piece is abstract, referring only to the shape, appropriate to a work which is not ‘about’ anything other than itself. But its musical language breaks some new ground for me, and I hope will leave an impression of complex momentum countered by expressive simplicity.

Throughly enjoyed this piece but agree totally with the sorry state of the Albert Hall plumber making an impromptu call (I thought the organ had been only fixed recently!). The piece seems to lose focus between minutes 12-15 which is a shame. Other than that, a good piece.