One of the most striking things about several of this year’s Proms commissions is their scale, with three works of over 40 minutes’ duration. Thomas Adès’ Totentanz was the first, and the second—The Cosmic Dance by the Punjab-born British composer Naresh Sohal—received its first performance last Friday by the Royal Scottish National Orchestra conducted by Peter Oundjian. Clocking in at a little over 50 minutes, Sohal’s aim, as that title suggests, is creation itself, both the violent act that brought it all into being as well as its subsequent evolution. 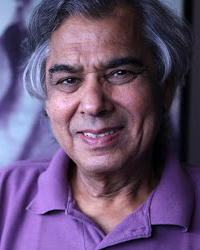 Condensing the history of the universe into 50 minutes isn’t impossible in itself—Terrence Malick does this and more in his astounding film The Tree of Life—but a composer, or indeed any artist, is always going to be pushing their luck a bit when seeking to encapsulate in their work the mystery and/or ineffable beauty of the cosmos. Having said that, one might suppose that music ought to be able to bear such inspirational weight better than most art forms, due to its essentially abstract nature, enabling it to possess seemingly limitless evocative power. But all the same, such vertiginous aspirations flourish or founder according to the composer’s preferences and personality, and in the case of Naresh Sohal, it seems to do a bit of both, although veering towards the latter.

Until Friday, Sohal was a name unfamiliar to me, but his compositional style is anything but unfamiliar. Sohal’s work has its roots in the world of light music. For some, that may make The Cosmic Dance preposterous at the outset, but Sohal’s language is sufficiently multifaceted to make such a judgement premature. The six movements that comprise the work draw on quite a range of existing compositional models, particularly the kind of poised tension favoured by film composers (very high and very low pitches heard together, something Sohal rather overuses throughout the piece), alongside militaristic outbursts redolent of Shostakovich together with gentler versions that smack of an Ealing Comedy soundtrack, faux eastern melodies that bring to mind Maurice Jarre, romping scherzos à la RVW, plaintive lower string writing echoing Gorecki and even a light fluffy waltz in the mould of Donizetti and his ilk. If that sounds like a lot of borrowing, it is, but Sohal clearly has a canny ear for this kind of thing, and the result is very far from being a stylistic miscellany. If anything, there’s such a strong sense of unity running throughout The Cosmic Dance that the break between movements is frustrating (and arguably unnecessary, considering the shifts that take place within many of the movements); it begs the question of what really sets these movements apart, as well as obfuscating the work’s overall sense of direction. Some material ideas recur so much that they lose both their power and their beauty—there’s only so many times a searching flute melody can invite one into a seemingly vast, dark space—and there’s not a great deal to separate the two march-like episodes in the fourth and sixth movements, despite having quite different inspirational specifics. Yet while it’s not enough simply to give credit for Naresh Sohal’s ambition—in terms of duration as much as creative impulse—it’s difficult to be too greatly bothered by The Cosmic Dance‘s shortcomings. Originality may not be its strongest suit, and for many it will lack the gravitas demanded by such lofty intentions, but as a somewhat overlong exercise in highly subjective, pop-philosophical noodling, it’s got more than enough to hold one’s attention.