Last Monday saw a world première at each of the day’s Prom concerts. Having recently returned from Norway myself, the afternoon concert in Cadogan Hall was especially welcome, featuring the Norwegian brass group tenThing, led by Tine Thing Helseth; for them Diana Burrell had composed a new work, Blaze. The evening performance was given by the BBC Philharmonic under Gianandrea Noseda, including the première of the first work in a new orchestral cycle by Edward Cowie, Earth Music I – The Great Barrier Reef. 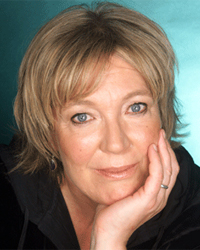 Diana Burrell prefaced this first performance of Blaze with references to the capabilities of brass instruments, specifically the way “they can do much more than we think, they’re incredibly virtuosic”, and to a desire to write “bright, shining” music to match the personalities of both the instruments and the players of tenThing. We heard plenty of music that lived up to that in the works by Edvard Grieg that had come earlier, but Burrell’s work is forced to fight against the inherent blandness of much of its material. The fractured fanfare that starts the piece, unison phrases interspersed with moments that splinter and spark, is promising and sets up an attitude in which, even as the music calms, trills and ornaments continually break up the surface sheen. It leads into a lengthy episode filled with repeated notes, becoming dense and convoluted, like a complex group discussion where the players take turns to come to the fore and present their own arguments. The repeated notes return (sounding curiously like a fanfare with a speech impediment) and relax into a slower metre, whereupon Blaze seems to lose its way. The lengthy passage that follows is not particularly characterful, seeming to meander, dynamically and materially flat. Burrell tries to crank up the energy again after a while, but the busy moments that follow fall short of anything climactic (although it’s hard to know if a climax was intended). The repeated note idea returns, slowing further, ending the work with a heavy, homophonic conclusion that only seems to highlight how bland and indifferent Blaze feels as a whole. It’s unfortunate, as the first half of the piece has much more interest, but its overall aftertaste isn’t a good one. 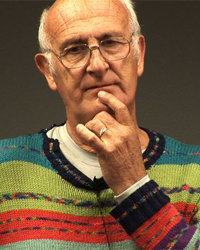 The latest manifestation of Edward Cowie’s long-established passion for the natural world is an orchestral cycle exploring habitats that are “either under threat … or just places that are stunningly beautiful”. In turning to Australia’s Great Barrier Reef for his opening essay, Cowie has chosen a place that is both those things, although his foremost sonic concern (thankfully) is to explore and accentuate the beauty rather than tub-thump his ecological message. This is not the first time an aquatic environment has been examined at this year’s Proms, but it’s unequivocally the best, although the way it comports itself is surprising and may actually prove off-putting to anyone hoping for a David Matthews-esque quick fix of neoromanticism. Cowie spoke beforehand of being particularly drawn to wild places, and that’s a quality that permeates literally every moment of the piece. At the start, martialled by heavy, rolling percussion, it’s a very hard-edged kind of wildness, only partly mitigated by the swirling orchestral texture within. The xylophone—evoking, rather charmingly, the sound of coral beating against itself—is omnipresent for much of Earth Music I, a presence that proves useful in the multitude of softer nooks and niches into which Cowie’s music delves; for the music is constantly bristling with movement, oblique shards of melody, protruding pitches, sharp percussive glances all forever interlocking with unceasing irregularity. There’s a strong visual sense, of moving at the whim of the waves, glimpsing a wide variety of shapes, colours, activity—and, of course, sounds—without lingering on them; to this end, Cowie ensures that no instrument or section seeks to become unduly prominent. The upper strings are a case in point; many’s the time they seem to want to do something more significant, but ultimately content themselves with gestures and hints. Maintaining interest in such a multifaceted, ever-changing orchestral texture as this is a profound challenge, but Cowie has emphatically pulled it off. The quietness of the music is one of the ways he achieves this, as well as evoking all the more accurately the source of his inspiration; by making the music more intimate, we gain a sense of the smallness of things, the busyness taking place in a tiny world. Choosing to end the work in precisely this way—following a mini climax dressed in just a little extra gravitas—ensures that, despite the ephemerality of its nature, Earth Music I – The Great Barrier Reef lingers in the memory for a long time. It’s a superb start to what will hopefully be (in the composer’s words) a “long term adventure”.

Sadly I don’t know the name of the person reviewing my Earth Music 1, but it was very heartening to read a review that so clearly climbed right inside the music, and written- I felt- with great sensitivity too! It’s true that I attempt music directly affected by nature, unmediated by stylistic limitations, so my thanks to a writer/listener who like the critic in The Times, is helping my message to take root!
Edward