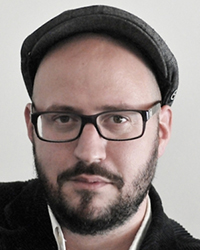 One of the most memorable performances at HCMF 2013 arose out of what appeared beforehand to be pretty restricted forces: bass flute, violin, cello and prepared piano, members of the French Ensemble Linea. Yet in Rokh I, the first of a three-part, 30-minute cycle, Raphaël Cendo enables this quartet to become one of the most startlingly elemental pieces of chamber music i’ve ever witnessed.

In Huddersfield, of all places, one hardly expects instruments to be played only in a traditional fashion. But Rokh I goes further; by avoiding almost anything resembling convention, Cendo practically redefines what music is, turning it on its head in fact. Cendo’s extended techniques seem like nothing of the kind, but merely the most basic and fundamental—even obvious—ingredients for the intensely focused, self-referential entity that is Rokh I. The work’s point of inspirational origin is the terrifying mythological bird of prey found in Indian, Persian and Asian literature (perhaps most memorably in the One Thousand and One Nights). Cendo establishes the sonic credentials of the creature in the most dazzlingly vivid way, a counterpoint of violence formed from a myriad gestures, slides, twangs, thwacks, ruffles, slaps, heavily compressed pitches, grindings, pops, clusters and whooshes. It’s as though we’ve become the miniaturised inhabitant of the great creature’s nest, confronted by activity on a massive and potentially very destructive scale.

Having established such a radical syntax and tenor, Rokh I doesn’t deviate significantly from this through its 18-minute duration. There are numerous episodes and asides, passages where the music wanes into a more sparse and delicate demeanour. But none of this detracts from the work’s tense momentum: the strings let off a volley of soft ricochets and indistinct glitchy harmonics, alongside ominous flutterings and taps from the flute and muted piano tremolos. Indeed, these periods of restraint are often answered by overwhelming aggression, either by the ensemble allying themselves into brawling pairs or by uniting to turn on the very material itself. This rupturing and reforming of the four players is both entertaining and seriously effective, thwarting one’s attempts to establish too literal a narrative vision for the work, yet never for a moment denting its vividness. The back and forth between complexity and simplicity becomes more rapid as the work progresses, reaching extremes: a lengthy, practically motionless section instigates a hectic reaction, and the whole ensemble becomes frantic, crashing down in the wake of an onomatopoeic flute call and a sibilant whisper.

There’s a lot to get excited about during HCMF, and Rokh I really does exemplify the best of it. As a reinvention of chamber music it’s exhilarating enough, but this performance—as i mentioned in my original review—features some truly astonishing playing, particularly from pianist Anna D’Errico, who moved in, out, on and around her instrument with the speed and energy of an acrobat.