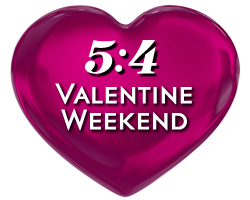 To bring this inverted Valentine Weekend to an end, i’m turning from the intimacy of duets to the large-scale, inflamed overload of the orchestra. Laura Bowler‘s Irresistible Demands of the Flesh is an audacious exploration in sound of the theatrical tenets of Antonin Artaud, specifically the desire to push performers to a point of extremity in order to unlock something fundamentally true. The piece (the title of which appears to be from an entry about Michel de Ghelderode in The Cambridge Guide to Theatre) in part achieves this through an avoidance of conventional notions of idiomaticism and performance, seeking to place the members of the orchestra emphatically outside their traditional comfort zones. It does much the same thing for the listener, coming across not so much the product of an act of composition as a 12-minute slab of spontaneously seething organic sound, elemental and overwhelming. 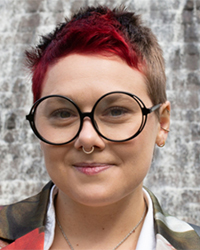 Texture is the driving force of Bowler’s writing here, fashioned from throbbing half-dissonances, rude multiphonics, slip-sliding pitches and thundercrack percussion writing. There are what one might call episodes, periods where the music fragments, separates or thins, but invariably these serve not to clarify but rather to instigate ever more ferocious responses, upping the pace and piling forte upon forte, slamming into the ears again and again. Somewhere amongst this barely contained mayhem are glimpses of what might be the possibility of a melody, the barest hint of lyricism, but in a context like this it couldn’t be more out of its depth. An interesting passage around halfway through empties the music, dissipating via assorted breath sounds, presenting a curious quality of intimacy—but this, too, is compromised by restless counterpoint and ultimately ruined following a report from the snare drum. This ushers in a wonderfully unfathomable sequence involving disquieting whistles and squawks before dying back again: is the music biding its time, or is Bowler holding it in check? Perhaps both, but in any case not for long, as the work ends soon after in a simply astonishing outburst led by a semi-improvised quintet of soloists, all sense of control utterly forgotten.

Bearing in mind that potent title, the connotations of Bowler’s music are rich and multi-layered, but quite apart from that, it is so, so refreshing to hear a composer seeking to tap into something genuinely extreme, a quality that often feels lost from the contemporary concert hall. The world première was given by the BBC Symphony Orchestra conducted by Garry Walker.