The first of this year’s Proms premières came from Chinese composer Qigang Chen, with a new trumpet concerto for Alison Balsom. Inspirationally, the title of the work, Joie éternelle, stems from an acknowledged act of nostalgia on Chen’s part, referencing a melody of the same name from the Kunqu operatic version of The Peony Pavilion, a work Chen heard in his youth. He describes the melody as “delicate and graceful, yet [it] also has an unyielding, instantly identifiable character […] Subsequent encounters with the tune as an adult have thus evoked childhood memories”. However, that title, Joie éternelle, gains additional resonance when one considers that Chen was the last composer ever to study with Olivier Messiaen (Chen’s activities have been split between China and France ever since), and Chen perhaps acknowledges something of this by remarking how the melody’s name has “a quasi-religious connotation”. The work was premièred by Balsom with the China Philharmonic Orchestra, conducted by Long Yu, in Beijing at the start of July, and it was they who gave this first UK performance at the Proms. 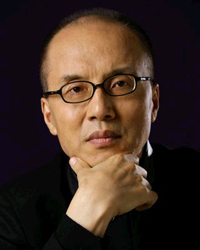 Earlier on in the piece, you’d be forgiven if another Messiaen alumnus came to mind; there’s something of the spirit of Tōru Takemitsu in Joie éternelle‘s opening ideas: a low drone far beneath a clarinet melody, answered by a glittering shimmer from the strings and harp. It’s a very striking opening, all the more so when the trumpet emerges from the bottom end of its range (a low F), its own melody only slowly rising and in turn answered by further clouds of shimmer. Everything about these opening few minutes is just exquisite, so it’s somewhat disarming to find the work’s trajectory to be primarily concerned with a sequence of episodes that explore and develop the melody in a fairly workaday, even humdrum fashion. To an extent, this deeply evocative, abstract vein Chen taps into at the start returns throughout, acting as a structural element that’s almost akin to a palate-cleanser, concluding and preparing for the more conventional episodes either side of it. In this respect—a harsh, strange clash here, a progression of oblique chords there—it’s a helpful foil to the rather lengthy chugging periods of meanderment that occupy much of the piece. But they aren’t enough to quell some frustration at what might have been—if anything, they exacerbate that feeling, and Chen’s increasing interest in arpeggios does occasionally start to chafe the ears. Ultimately, though, it’s all harmless stuff, and while Joie éternelle may be too docile—there’s no meaningful sense of joy here, merely happy contentment—and forgettable—’éternelle’ may be pushing it a bit—for its own good, it’s a pleasant enough way to spend 20 minutes.

As in previous years, you can express your view about this and all the 2014 Proms premières on the polls page, which will run until the end of the season.