Last week’s visit to the Proms by Daniel Barenboim’s West-Eastern Divan Orchestra brought first UK performances of works by two composers of Middle Eastern descent. Ayal Adler and Kareem Roustom, born in Jerusalem and Syria respectively, opted for compositional approaches that in some ways could be described as opposite. Adler, coming from a starting point of pure sonics (“an echo, or a reminiscence of sound, lingering after the vast chords slowly fade away”), aimed for an emphatic example of abstraction; by contrast, Roustom’s course was charted via the metrics of pre-Islamic poetry and a concrete intention to “reflect” on the ongoing violence in Roustom’s native land. Both works suffered at the hands of these divergent aims. 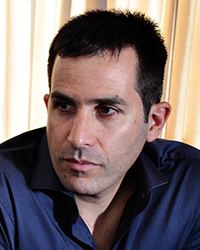 Many fans of contemporary music would get instinctively excited at the prospect of music rooted in abstract expression, and Resonating Sounds certainly isn’t a piece devoid of excitement. Adler makes material sound audibly malleable, and the work has a sense of inner dialogue that’s perhaps its strongest characteristic. Strange surging chords are met with delicate responses lightly dusted with percussive glitter. Within both of these can sometimes be glimpsed fragments of what may or may not be melody. For a while it’s all rather beguiling, except eventually one realises this is essentially all Adler is going to give us. His sounds do, indeed, resonate; they rise, they declare, they fall; there are unexpected asides into surly passages of vaguery, or soft periods of semi-void. But the increasingly blatant lack of coalescence results in music that feels demonstrably out of reach. Resonating Sounds isn’t superficial exactly, yet is sufficiently unfocused that its ebb and flow feels more or less arbitrary, making it a frustratingly shrug-worthy experience. 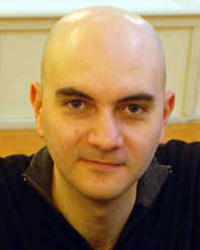 Despite his intentions, Roustom’s Ramal is as much a “reflection” on the situation in Syria as Jonathan Dove’s work was one on Gaia Theory. Which is to say it isn’t in the slightest—not in any meaningful sense, at any rate. Much of the score (also like Dove’s) is entrenched in the kind of activity-rather-than-achievment fluff of a generic movie underscore; rhythmic patterns are comfortably settled into, crowned with occasional calls that amount to nothing and lead nowhere. Sequences rise, & do so again & again in similar manner; the opening motif returns several times, iterated identically with an in-your-face bullishness that ensures memorability. Much of it feels borrowed, even ersatz; a couple of minutes in, Roustom enters a beautiful string episode emulating a Shostakovich slow movement; a little over two minutes later it becomes pure Jerry Goldsmith—aside from an allusion (and that’s all it is) to a Middle Eastern melody, what does all this have to do with Syria? Maybe there’s a comment on conflict to be found in the work’s bland regularity, or even its lack of originality (war is surely humanity’s least original act), but for the most part Ramal, far from being a “reflection”, simply sounds like its head is embedded firmly in the Syrian sand; 12 minutes of pure escapism from the missiles and mayhem.

Poetry and music originate from the same root: the balance between movement and stillness.

Ramal is the name of one of sixteen pre-Islamic Arabic poetic meters used in classical Arabic poetry. Each of these poetic meters is comprised of multiple variations of the verb فعل (fa’al), which means ‘to do’. These variants of fa’al are constructed by combining a series of unaccented [o] and accented [/] syllables. The variation of the ramal poetic meter used in this work follows this pattern:

This poetic meter is used as a structural framework throughout the work. The opening section expands the metric cycle by gradually adding rests to each measure, while the closing section contracts by gradually removing the added rests. The middle, and largest, section of the piece develops the rhythmic and melodic motifs with contrasting moods that range from intimate and reflective to declamatory and strident.

Although the work is not programmatic in its design, its emotional drive and changing meters reflect the unsettled state of the world, specifically the devastating current situation in Syria. Despite all this, there is a tone of defiance in Ramal. Dedicated to the memory of Edward Said, Ramal is inspired by his steadfast determination to speak truth to power.

The title Resonating Sounds refers to an echo, or a reminiscence of sound, lingering after the vast chords slowly fade away… This sonic image opens the work as the whole orchestra plays an immense cluster, followed by a delicate string section of transparent melodic fragments in high register.

This contract between intense, concrete and subtle, somewhat abstract, events continues throughout the course of the piece and helps shape its overall formal structure. The work is written in two main movements, divided into sections and played without a pause. While the first movement is relatively tranquil in nature, the second moves towards extremes of expression, such as: very high and low registers of brass and strings; abrupt changes of tempi and dynamics; and massive “tutti” elements played by the entire orchestra followed by chamber-like sections of piano and flutes. The final section of the work includes a recapitulation of previous events and thus provides a sense of closure. The idea of echo/resonance and reminiscence now returns in different modalities: a lyric, multi-layered, 12-part polyphonic section is played by the violas, followed by a fast, intensive passage by the whole orchestra, giving way once again to a pensive viola section…

Throughout the course of the work, a variety of textures is displayed: various polyphonic and micro-polyphonic techniques, heterophony, etc. While polyphony and various forms of imitation characterize some sections, others are vertical in nature, dominated by immense chords/clusters interspersed with inner voice leading. The sonic element also plays an important role.

The players engage in various advanced coloristic techniques, such as playing very close to the bridge; overblowing; microtonal glissandi and trills, and so forth. These techniques create a rich listening experience of shifting colors and shades, at times merging and melting into one another.