Proms premières come in all shapes and sizes, and last week’s new works from HK Gruber and Hugh Wood were larger and more aspirational specimens. Scale and stature are different things, though, and despite their respective composers’ demonstrative ambition (and experience, composing veterans both), each of these pieces were hobbled by considerations that would have been less problematic in smaller-scale forms. 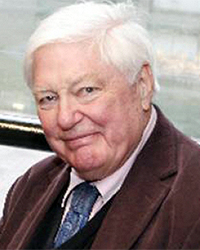 In the case of Hugh Wood, the problems are partly stylistic; apparently, Wood began working on his setting of John Donne’s An Epithalamion, or Mariage Song back in 1955—yet it may just as well have been completed in 1955. Wood’s language throughout is an almost total throwback to earlier 20th century choral writing, bringing echoes of the conservative, manneristic bedrock of Britain’s multiplicity of choral societies. Put simply, it feels like a museum piece, or worse, a simulacra; hearing it within the context of a supposed new work means that the experience becomes drowned in anachronisms. The word-setting is simple, brisk and syllabic, the word-painting familiar and predictable, but what makes things troublesome in this respect is the sheer quantity of words Wood has committed to including. Even with one stanza (the seventh) of Donne’s original omitted, the remaining text is still huge, compounding with Wood’s archaisms to make the work’s actual 21-minute duration feel much, much longer. Reading a poem is a very different experience from hearing it in a context such as this, and while Donne’s original skips merrily along through the various facets of its pre-marital ruminations, Wood’s rendition just feels increasingly relentless. Furthermore, at times it is genuinely horrible to listen to: the goose-stepping rhythms of the fourth stanza, the ploddingly obvious “and why do you two walk” section, plus all those grotesque Anglican-esque endings, “affect-see-on … pro-ces-see-on”(!!). Baggy, out-dated and utterly cringe-worthy, An Epithalamion, or Mariage Song is an abject essay in obsolescence. 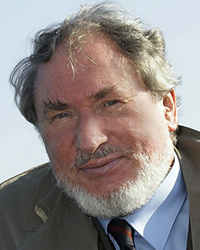 By contrast, HK Gruber’s second percussion concerto into the open … is nowhere near as off-putting. Indeed, through the first half of its 30-minute span it conjures some fascinating aural shapes. All of the percussion instruments, including 22 drums, are tuned to precise tempered pitches, a concern that’s apparent from the very opening, focused entirely on pitch. Notes are placed such that they can be heard as both isolated incidents and/or part of a larger, longer melodic strand, emanating chiefly from the marimba (which remains at the work’s epicentre throughout). It’s a pensive introduction, one that reflects the fact that, in part, the piece is a memorial to music journalist David Drew, who died in 2009. Spaciousness slowly gives way to pointed accents and increased impetus, remaining settled but no longer calm, and thence to some brass writing instantly reminiscent of late Messiaen. Gruber finally lets both soloist and orchestra loose, although he clearly remains in control of the brake pedal, yanking everyone back into a subdued withdrawal before long, ushering the soloist into the foreground. A couple of hugely exciting brass-led climaxes, a little under halfway through, are unfortunately as good as things get; following such a varied and promising first half, into the open … slowly sags into a place of vagueness, substituting largesse with listless rambling. Some playful counterpoint later on, becoming dance-like, isn’t enough to leave one feeling the emotional backstory is at best a distraction (at worst, a red herring), the stop-start nature of the work’s conclusion feeling disconnected from anything at all. A much shorter duration might perhaps have forced Gruber to make his ideas more focused; as it stands, though, into the open … is a rather bloated disappointment.

The world première of HK Gruber’s into the open … was performed by Colin Currie with the BBC Philharmonic, conducted by John Storgårds; Hugh Wood’s An Epithalamion, or Mariage Song was given its first—and, one hopes, last—performance by the BBC Symphony Orchestra and Chorus, conducted by Sir Andrew Davis, to whom the work was dedicated. Gosh, he must be chuffed.

HK Gruber - into the open …

I.
HAIL Bishop Valentine, whose day this is ;
All the air is thy diocese,
And all the chirping choristers
And other birds are thy parishioners ;
Thou marriest every year
The lyric lark, and the grave whispering dove,
The sparrow that neglects his life for love,
The household bird with the red stomacher ;
Thou makest the blackbird speed as soon,
As doth the goldfinch, or the halcyon ;
The husband cock looks out, and straight is sped,
And meets his wife, which brings her feather-bed.
This day more cheerfully than ever shine ;
This day, which might enflame thyself, old Valentine.

II.
Till now, thou warmd’st with multiplying loves
Two larks, two sparrows, or two doves ;
All that is nothing unto this ;
For thou this day couplest two phoenixes ;
Thou makst a taper see
What the sun never saw, and what the ark
—Which was of fouls and beasts the cage and park—
Did not contain, one bed contains, through thee ;
Two phoenixes, whose joined breasts
Are unto one another mutual nests,
Where motion kindles such fires as shall give
Young phoenixes, and yet the old shall live ;
Whose love and courage never shall decline,
But make the whole year through, thy day, O Valentine.

III.
Up then, fair phoenix bride, frustrate the sun ;
Thyself from thine affection
Takest warmth enough, and from thine eye
All lesser birds will take their jollity.
Up, up, fair bride, and call
Thy stars from out their several boxes, take
Thy rubies, pearls, and diamonds forth, and make
Thyself a constellation of them all ;
And by their blazing signify
That a great princess falls, but doth not die.
Be thou a new star, that to us portends
Ends of much wonder ; and be thou those ends.
Since thou dost this day in new glory shine,
May all men date records from this day, Valentine.

IV.
Come forth, come forth, and as one glorious flame
Meeting another grows the same,
So meet thy Frederick, and so
To an inseparable union go,
[lines omitted]
Go then to where the bishop stays,
To make you one, his way, which divers ways
Must be effected ; and when all is past,
And that you’re one, by hearts and hands made fast,
You two have one way left, yourselves to entwine,
Besides this bishop’s knot, of Bishop Valentine.

V.
But O, what ails the sun, that here he stays,
Longer to-day than other days ?
Stays he new light from these to get ?
And finding here such stars, is loth to set ?
And why do you two walk,
So slowly paced in this procession ?
Is all your care but to be look’d upon,
And be to others spectacle, and talk ?
The feast with gluttonous delays
Is eaten, and too long their meat they praise ;
The masquers come late, and I think, will stay,
Like fairies, till the cock crow them away.
Alas ! did not antiquity assign
A night as well as day, to thee, old Valentine ?

VI.
They did, and night is come ; and yet we see
Formalities retarding thee.
What mean these ladies, which—as though
They were to take a clock in pieces—go
So nicely about the bride ?
A bride, before a “ Good-night” could be said,
Should vanish from her clothes into her bed,
As souls from bodies steal, and are not spied.
But now she’s laid ; what though she be ?
Yet there are more delays, for where is he ?
He comes and passeth through sphere after sphere ;
First her sheets, then her arms, then anywhere.
Let not this day, then, but this night be thine ;
Thy day was but the eve to this, O Valentine.

VIII.
And by this act these two phoenixes
Nature again restorèd is ;
For since these two are two no more,
There’s but one phoenix still, as was before.
Rest now at last, and we—
As satyrs watch the sun’s uprise—will stay
Waiting when your eyes opened let out day,
Only desired because your face we see.
Others near you shall whispering speak,
And wagers lay, at which side day will break,
And win by observing, then, whose hand it is
That opens first a curtain, hers or his :
This will be tried to-morrow after nine,
Till which hour, we thy day enlarge, O Valentine.

The Gruber is disappointing, was hoping for something with the inventiveness of Busking, only to get a grey generic percussion concerto that, despite being “modern”, feels like it’s already been written a dozen times before. Personally, the Hugh Wood piece offends me far less probably due to the fact that I don’t regularly listen to British composers from the mid 1900’s, and this composer strikes me as one who has carefully discerned what does and doesn’t work with an avid ear. Sure, it’s as artistically bankrupt as a violin concerto in the style of Bach being straightfacedly written today, and can be ignorant of the words it purports to musically convey, but it still succeeds due to its craftsmanship. It is a detailed piece that is not only enjoyable moment to moment, but flows quite well musically between these moments, something many poetry settings fail at miserably. Whatever its faults, this isn’t some twenty minute Bax tone poem that feels like it drags on for bloody hours, it’s musically enjoyable, and personally, that’s all I ask from a piece like this.