Composers say one thing; their music does something else. It’s nice when the two fit together, or at least fall broadly into the same conceptual and/or aesthetic ballpark. But they don’t always. Not by a long chalk. 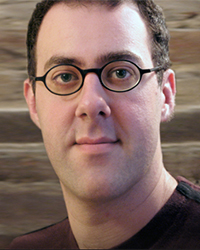 EXHIBIT A: Jonathan Newman‘s Blow It Up, Start Again.

If the system isn’t working anymore, then do what Guy Fawkes tried and go anarchist: Blow it all up, and start again.

Diplomacy anyone? A sentiment with which any budding terrorist would no doubt emphatically agree, and a somewhat unfortunate title considering its first European performance was taking place on the 70th anniversary of the atomic bombing of Nagasaki. Yet such concerns are completely irrelevant however, as Newman’s music bears no relation to any of this whatsoever. Instead, he spends four minutes flamboyantly revelling in punchy riffs and loops, full of crowd-pleasing funky rhythms, safely rooted in western conventions of tonality that have been around for centuries. Reasonably fun in its way, but all overwhelmingly harmless. Not exactly in keeping with the ‘wipe the slate clean’ kind of avant-garde radicalism espoused in that programme note. Somehow, i don’t predict a riot. 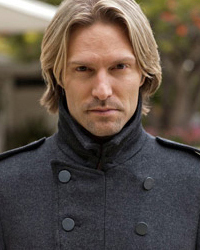 This piece was inspired by the Hubble Telescope […]; one of the first images they took was the Deep Field image. They pointed it at an area of the sky that was completely black to earth-bound telescopes […] and they took 385 different exposures over 11 days. And when these images came back, what they saw was, where we had only seen black from the earth, there were over 3,000 objects, 12½/13 billion light years away, all of them galaxies, probably with billions, possibly trillions of stars in each one of them. And when you see the image, it really brings to life the impossible magnitude of our universe. So i wanted to write a piece that captured that moment, that feeling of wonder and fear and awe that i see when i look at the photo…”

It’s entirely understandable to be awestruck and inspired by the combined product of humanity’s most intricate, precision-tooled, cutting-edge technology utilised to uncover hitherto unimagined aspects of reality that transform our understanding of the universe, both its past and its future, in turn affording us the opportunity to reflect anew on our own, infinitely precious place within it. It’s less understandable why Whitacre seeks to live up to this by begging, borrowing and stealing liberally from the likes of Hans Zimmer, John Williams and Gustav Holst (plus himself, of course – no-one does tautology like Eric Whitacre) to fashion a bland, lumbering blunderbuss of a piece that stupidly mistakes ponderousness for profundity, the most basic triadic consonance for majesty, impossibly tumescent swells for orgasmic ecstasy. Admittedly, Whitacre has set himself pretty stiff inspiration here, but all the same, Deep Field is light years away from it in every conceivable way. Coated in lashings of schmaltz and sugar, and culminating in a stunningly ineffectual use of several thousand people brandishing their phones (each bleating vague electronic whinings generated by the work’s corresponding app), Deep Field is as inept as it is quite staggeringly revolting. It makes Vangelis’ god-forsaken Mythodea album (composed for the 2001 NASA Mars mission) sound like an absolute masterpiece by comparison, which perhaps tells you all you need to know about how entirely hideous it is.

The European première of Jonathan Newman’s Blow It Up, Start Again was given by the Royal Philharmonic Orchestra conducted by Eric Whitacre; they were joined for Eric Whitacre’s Deep Field by the BBC Singers and BBC Symphony Chorus.

I have to say I agree with your comments on both pieces.

‘Blow It Up, Start Again’ is really funky, I love a groove, but I wanted something more from the piece.